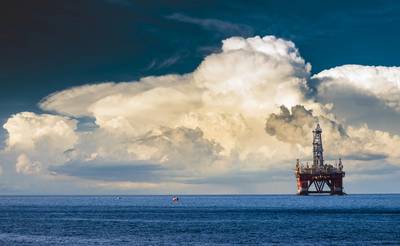 Major oil producers pushed up high bids at a Gulf of Mexico offshore auction to $121 million on Wednesday, a nearly seven-fold increase from a year ago, as their return to deep water exploration gained momentum.
This compared with $18 million in high bids at the Bureau of Ocean Energy Management's (BOEM) Outer Continental Shelf auction last summer.
Winners will be announced after a 90-day review.
Some producers have signaled that they expect Gulf of Mexico projects to become more profitable now that they have trimmed operations to adapt to low oil prices. Offshore drilling typically requires higher prices for producers to break even.
Royal Dutch Shell claimed the largest number of blocks, with 19 high bids valued at a combined $25.1 million. Chevron Corp followed with 15 high bids totaling $27.9 million. Anadarko Petroleum Corp won 10 blocks for $10.6 million. Exxon Mobil Corp took seven blocks of land for $20.4 million.
Most of the bids were for deep water blocks, at depths of more than 1,600 meters. The auction drew interest from 27 oil companies, with 99 bids on 90 blocks in the Gulf of Mexico, according to the BOEM.
"The deepwater industry is emphasizing short-cycle, low-risk prospects above high-impact, wildcat drilling," said William Turner, a senior analyst at consultancy Wood Mackenzie.
Some bids by Chevron, Shell and Total were "a vote of confidence in higher-risk, standalone, developments with potential for higher rewards," he added.
The auction offered 14,177 blocks totaling 75.9 million acres, but only 508,000 received bids, according to the BOEM. This year's auction covered Western, Central and Eastern areas of the gulf. The year-earlier auction was only for the Western region.
The sale offered nearly 76 million acres of land off the shores of Texas, Louisiana, Mississippi, Alabama and Florida.
A sale of offshore blocks in March attracted $275 million in winning bids, a similar surge from a year ago.
Wednesday's sale was the first of 10 planned as part of the new Outer Continental Shelf Oil and Gas Leasing Program for 2017 to 2022.
U.S. benchmark oil prices have held stubbornly below $50 a barrel for much of this year, despite efforts by global producers to curb production and boost prices.
Many parts of the Gulf of Mexico need oil above $50 a barrel for producers to cover costs, with the deepest parts of the Gulf requiring around $65 a barrel to break-even, according to Wood Mackenize.