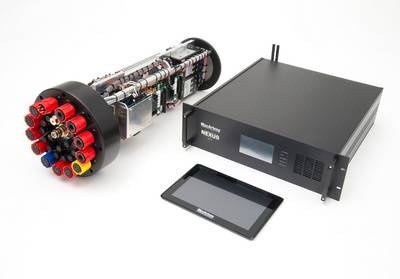 MacArtney Group announced today it will launch its new NEXUS MK VII multiplexer at the 2015 Ocean Business exhibition, which will take place between April 14th and 16th at the National Oceanography Centre in Southampton, UK.

The NEXUS MK VII is highly configurable and allows for an easy upgrade and modification path when requirements change. Multiplexer options can be installed between jobs or even at sea without the need for an electronics workshop. Typical applications for the NEXUS MK VII will include ROV/ROTV systems requiring a HD video and multibeam sonar survey sensor setup, cable trencher systems, towed camera and sensor systems and seabed monitoring applications, including landers and observatory systems.

The 2015 Ocean Business exhibition will showcase over 300 registered exhibitors.