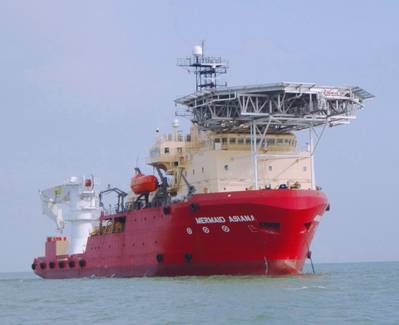 The first highlighted scope of work, commencing in the third quarter of 2019, involves carrying out air diving and a light work-class remotely operated underwater vehicle (ROV) services for a national upstream oil and gas company offshore in the Middle East GCC. The duration of the contract is for approximately nine months.

The second highlighted work package, also commencing in the third quarter of 2019, will involve use of Mermaid offshore diving, survey, ROV and deck crew and a third party chartered-in vessel to carry out offshore installation of a 2,000-meter subsea manuli hose for oil production support together with UWILD inspection services for an international EPCIC company offshore in Southeast Asia. The duration of the contract is for approximately 45 days.

Mermaid added that it continues to be awarded other smaller contracts as well.