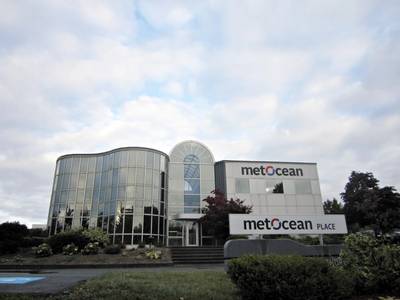 MetOcean Telematics said it has been awarded a multi-year contract to provide global satellite communications to the Canadian Government, exclusively through the Iridium network.

The agreement will feature MetOcean Telematics hardware products and services, deployed for use by more than 150 Canadian Government agencies. The Iridium network satellite constellation offers 100 percent global coverage, including the polar regions, such as the remote Arctic territory of northern Canada.
MetOcean Telematics notes it has significant experience providing remote monitoring technology for various applications, as well service and support to emergency and disaster response teams. As a global Iridium reseller and manufacturer of Iridium satellite communications hardware solutions, MetOcean Telematics said it will deliver reliable, global satellite communications and support to the Government of Canada.
Canada, the second-largest country by total area, occupying 3.85 million square miles, will now deploy the latest in MetOcean Telematics satellite communications technology, enabling quick responses in areas that are not serviced by conventional mobile communications technology. This will provide the Canadian Government with the tools to monitor and respond to emergency and disaster response situations in remote areas of the country.
Iridium is currently in the process of refreshing its low-Earth orbit satellite constellation with new satellites, in a program called Iridium NEXT. This $3 billion investment has been coined the largest “tech refresh” in history. Iridium customers and end users will have access to enhanced voice, data and satellite broadband services anywhere in the world during and after deployment of Iridium NEXT.
• Arctic • Canada • Canadian Government

Kraken Robotics announced an order for an AquaPix MINSAS 120 sonar system from a "Fortune 500 company" with activities in the defense sector.