MTR100: Saildrone takes USVs to the Next Level 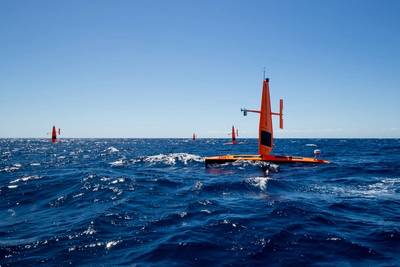 Started in 2014, Saildrone has emerged as a leader in the Unmanned Surface Vessel (USV) space, having received more than $100m in venture capital to date with more than 100 vehicles manufactured and 30 in the water. “Saildrones are wind and solar powered USVs, which are augmented by onboard power solutions,” said Jenkins. Saildrone has three models of vehicles: the Explorer, the Voyager and the Surveyor. The 23-ft. Explorer is wind and solar powered, designed to conduct long endurance (6 to 12 months) in the open ocean in 10,000 to 15,000 miles voyages. Jenkins said this vehicle is well-suited for applications like maritime domain awareness and bathymetry, which require higher power payloads.

The Surveyor is Saildrone’s largest vehicle at 72 feet long and 34,000 pounds. “That is a full ocean depth survey vehicle that maps the seabed down about 8,000 meters using a Kongsberg EM 304 multi-beam sonar,” said Jenkins. “That was built last year, it’s finished its trials. It just sailed from San Francisco to Hawaii on its maiden voyage and it’s now making its way back,” a voyage on which it will have mapped more than 6,500 square miles of previously unmapped seabed. 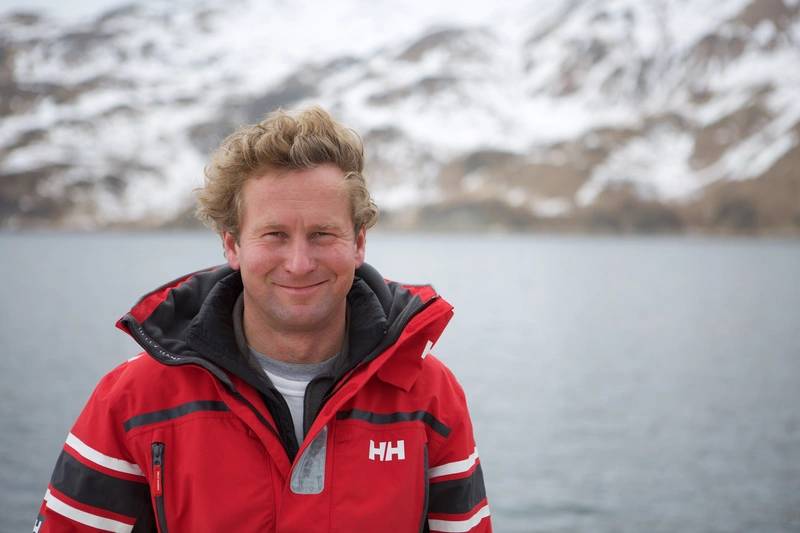 The potential for USVs is as big as the ocean itself, with a “huge need from defense, from homeland security, from bathymetry intel and climate reasons,” said Jenkins. “We have three verticals to our business. One is ocean data: climate, weather, fisheries, sustainability, carbon, et cetera. Bathymetry is second, so doing multi-beam mapping and mapping the seabed near shore literal conditions and also deep ocean. And then we have NDA-ISR, which is domain awareness above and below the surface of the ocean.”

All three sectors have significant needs, said Jenkins, noting that climate is probably the biggest need at the moment, with defense “an ongoing and evolving industry. The U.S. Navy, Coast Guard and Homeland Security are trying to get their head around how to best employ unmanned systems. “Unregulated, illegal fishing is a great threat now.”

Jenkins said “we have a very sophisticated machine learning component to our vehicles, too. Every one of our vehicles can spot things autonomously and visually, including vessels, icebergs, sea ice, marine mammals, and birds. Birds and bats are an important aspect of looking at sustainability in wind farms.”

While COVID has thrown up road blocks for a number of industries, it has opened many new opportunities in the autonomous, unmanned space.
“As you know, (because of COVID), when everyone was locked down, all the government ships were stuck in port (which presented) huge vulnerabilities to the nation for security rules in fisheries,” said Jenkins.  “Every year, we do a fish stock survey in the Bering Sea, it’s part of the pollock fish stock assessment for NOAA fisheries. And the NOAA ship that normally does that was unable to get to the fisheries’ grounds. So they were going to have to essentially guess a fish stock assessment based on previous years. But we managed to sail three vehicles from San Francisco across the Pacific to the Unimak Pass 2200 miles into the Bering Sea, survey the fish stock in the Bering Sea, sail home and deliver the data to NOAA (allowing them to) create a fish stock assessment from actual data from the Bering Sea for 2020.”

While a great technology story, it also is a great economic testament, as Jenkins said the new data allowed an additional fish haul worth $100m. “So that’s the government allowing the fishing industry to catch an extra $100m worth of fish due to data gathered by an autonomous system,” said Jenkins. “That is money in the pockets of people, of seafarers or fishermen, so it’s a huge economic benefit to the country which came from an unmanned system data link.”