Norway Awards Oil Permits to 11 Firms in Arctic Licensing Round 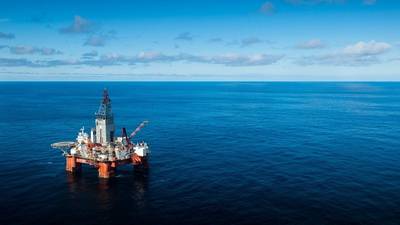 Norway has awarded 12 oil and gas exploration licences to Equinor and 10 other companies focused mostly on the Arctic, where Oslo believes it has the greatest potential for significant new discoveries.

Nine of the licences are located in the Barents Sea and three in the Norwegian Sea off central Norway, the Ministry of Oil and Energy said on Monday.

"This licensing round confirms that the oil companies see opportunities for further profitable petroleum activity in the north," Oil and Energy Minister Terje Soeviknes said in a statement.

Equinor, formerly known as Statoil, was awarded five licences and will participate as a non-operating participant in a further two.

Exploration drilling there will be banned between April 1 and August 15, the ministry said.

Environmental groups have protested against oil exploration in Arctic waters citing the risk of oil spills.

Greenpeace and other activists this year lost a lawsuit arguing that exploration in Norway's northernmost region is unconstitutional and should be banned as it violates the right to a clean environment. An appeal in the case is pending.

Oil and gas production accounts for about 40 percent of Norway's exports and helped to build the world's largest sovereign wealth fund.