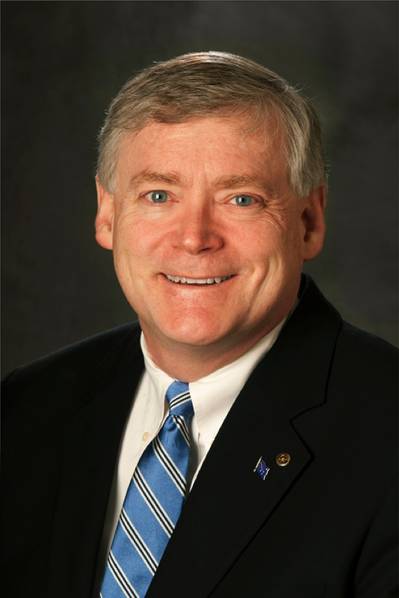 "The White House plan does not move us toward more certainty on development,” Treadwell said. “Arctic offshore oil and gas development is occurring, just not in the U.S. You’d think we would have figured out how to offer certainty to investors by now.”

Treadwell said he is especially surprised the federal government wants a new study on the Trans-Alaska Pipeline. The 32-page Implementation Plan on the National Strategy for the Arctic, released in January, calls for 'an assessment of the capacity and integrity of the Trans-Alaska Pipeline System and technological information needed to pursue a regionally tailored approach for potential future offshore leasing by the end of 2016.'

"I can answer that question right now,” said Treadwell. “The integrity of the Alaska pipeline is just fine, but it’s running one-quarter full. We know what the capacity of TAPS is. We should be talking about ways to fill it, not study it.”  Treadwell told conference participants that he's frustrated, but remains optimistic about Alaska’s future as an Arctic oil and gas producing area.

"We have to keep our eye on the prize and work together to solve the problems,” Treadwell said. “This is a huge emerging market. Bring investment, and that means jobs.”

The U.S. Navy is moving full speed ahead toward wider adoption of autonomous unmanned surface vessels, having recently established…