It is the 'Ocean Age,' Gallaudet Declares 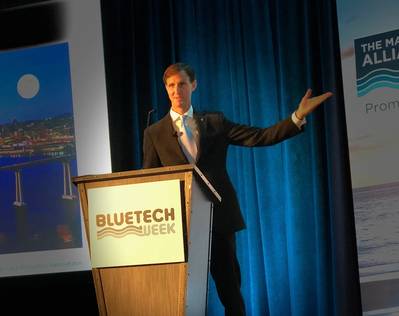 Gallaudet delivered a comprehensive look inside his agencies priorities for the coming year, saying that, among other priorities, "seafood competitiveness" is a top priority, as the U.S. imports 90% of the seafood it consumes and runs a $16 billion seafood trade deficit.

Gallaudet also discussed the value of public/private partnerships, noting that NOAA recently partnered with Google to help it whittle down the mountains of data NOAA possesses.