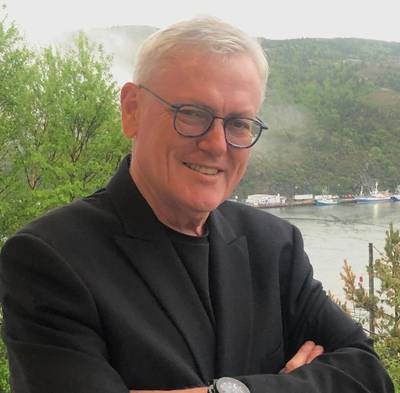 The July/August edition of Marine Technology Reporter, the 15th Annual "MTR100", recognizes Karl Kenny and his Kraken Robotics team for moving forward fast on the evolution of subsea technology and business.

Karl Kenny and Kraken Robotics are on a mission to revolutionize the way business is conducted subsea. It’s about high-quality data, collected, delivered and analyzed more regularly, liberally shared among a disparate group of stakeholders, from science to commerce to military. It’s about tossing out old norms and embracing different ways of doing business.

Underwater vehicle platforms; advanced sensor technology and components; Robotics as a Service (RaaS); Data Analytics as a Service (DaaS); Digital Twins – Karl Kenny and his Kraken Robotics team are embarked on a plan to grow, but it’s a growth trajectory that’s bigger than one company, one product, one service; it’s a growth trajectory as big as the oceans themselves. But make no mistake, while the product and service platform of Kraken continues to grow diverse, Kraken’s focus is laser sharp: build a complete vertical subsea platform, that is scalable, to help bring about meaningful change for all subsea industry stakeholders.

Kenny is pushing hard to ensure that his company continually evolves the technology, particularly the ability to work more efficiently and to ‘see’ better underwater, as he understands that the quality of data starts with its collection: “Garbage in, garbage out,” says Kenny, who worked at Microsoft before it was a public company. Kenny thinks big, beyond the confines of his company and his Canadian home.

The subsea industry is about a generation behind robotics markets on the land and in the air for a fairly simple reason: working under the water in the ocean is an extremely difficult and harsh operating environment, with a lack of effective tools, namely GPS and WiFi, that are key tech enablers and accelerators above the waves. But that’s not the full story according to Kenny, as he sees an industry entrenched in silos without effective means, or impetus, to communicate more frequently, to share data, information and insight so that the same plots of subsea turf are not studied again and again by varying groups with different agenda. Kenny and his team are setting a course to change this, creating a true subsea vertical that offers the know-how, the equipment, the services as well as the vision and the strategy to help connect the dots.

Kraken’s strategy is premised on delivering both RaaS and Data Analytics as a Service to help organizations work more efficiently, safely and cost effectively in the world’s oceans.

“Our subsea industry is so fragmented, everyone works in their own silos,” said Kenny. He contends that the industry as a collective must figure the best means to survey a given area once, instead of multiple stakeholders surveying the area time and again to get the specific information needed for their own project. “It’s the same patch of land, but there is no collaboration. Let’s stop calling it ‘IMR’ or ‘hydrography,’ let’s call it ‘surveillance.’ Let’s go and see what’s on the seabed and get that data in extremely high resolution. That’s what Kraken is doing with its Synthetic Aperture Sonar – it’s a better picture, more detail, it’s crisper. We have a new sonar coming that will penetrate into the seabed so we can find buried objects.”

While Kraken serves the entire subsea market – from military to commercial to science – globally, Kenny sees the big market potential on the commercial side. “Military will always be important, but in this grand scheme of things, as you discuss robotics, digitalization and digital twinning, with the billions of dollars of critical infrastructure on the seabed, this is going to be a much bigger demand driver than the military driver in the long run.”

While Kenny is a big picture thinker, he knows that ultimately success starts with the quality of the data, so the company started in 2012 with the hardware, and today is building its business platform based on the technologies highlighted in the box below.

OceanVision is a three-year, $18.8 million project focused on the development of new marine technologies and products to enable an underwater robotics data acquisition and data analytics as a service business. Under the OceanVision project, Canada’s Ocean Supercluster will provide an investment up to $6.3 million, with the balance of project funding to be provided by other government agencies, industry partners and Kraken. “If we get OceanVision right, this will be a model that is scalable,” said Kenny. In October 2019, Kraken completed its first offshore survey campaign for the OceanVision project, deploying its sensors and unmanned underwater platforms to conduct ultra-high definition seabed imaging and mapping on the Grand Banks of Newfoundland and other areas of Atlantic Canada. Over the next 30 months, this funding will allow Kraken and its partners to develop new technologies and provide high resolution seafloor imaging and mapping covering more than 5,000 sq. km. around Atlantic Canada.

“We’re going to continue to see things get smarter, smaller, cheaper, lighter and more pervasive across the board.” What Kenny is advocating for subsea is a surveillance presence, starting with the highest quality data input through the most complete data analytics, that can monitor the ocean more cost- and time-efficiently. Digital twinning is a term that comes up in this regard, as “this means we can inspect it more often,” said Kenny. “It’s almost like medical imaging and the comparative analysis you get from a CAT scan,” to continually monitor a medical condition; the more often you inspect, the better the data. The holy grail? Data analytics. “Data analytics and predictive analytics is where the big value lies,” said Kenny. “The more you scan, the better you can understand the evolution.”

Company Profile: Kraken Robotic Systems Inc.
www.krakenrobotics.com
Since 2012, Kraken Robotics has been on the leading edge of development of sensors, software and underwater robotics for the marine industry. 2019 was a significant year for Kraken with the sale of its ThunderFish AUV prototype to Defense, Research and Development Canada, several sales of its new KATFISH towed SAS platform, and major milestones have been achieved with its  SeaPower pressure tolerant subsea batteries. The company’s OceanVision Robotics as a Service project became the first project approved under Canada’s Ocean Supercluster.

Kraken said its customer Ocean Infinity achieved significant milestones in endurance testing of its Kongsberg Hugin AUVs using the new SeaPower batteries, including several missions to greater than 5000m and an unprecedented mission of more than 100 hours without recharging, while running a full survey payload. As a result, using Kraken batteries, Ocean Infinity can operate increased survey ranges to nearly 700 line-km per deployment. Kraken said it is the first to achieve a practical resolution of 2 cm with a commercial Synthetic Aperture Sonar (SAS). Kraken’s Ultra High Definition (UHD) software improves the AquaPix SAS image resolution from 3.0 x 3.3 cm (across along track) to 1.9 x 2.1 cm and maintains constant UHD resolution across the entire swath. Kraken formally signed the Ocean Supercluster contract for the OceanVision, a $19 million project will see the development of new sensor and underwater vehicle technologies as well as services such as Robotics as a Service and Data Analytics as a Service.