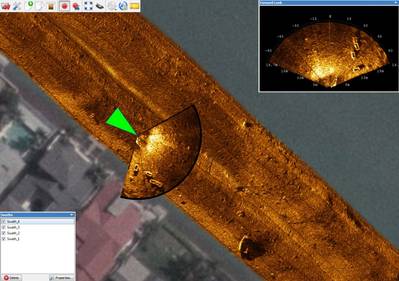 “SAMM works in real time reading live data from a socket.  It can also be used for post-processing.  It currently reads FLS data from Kongsberg Mesotech M3, Teledyne-BlueView 2D Multibeam Imaging Sonar and Tritech’s Gemini system”, said Thomas Reed, President of OIC.  “We introduced SAMM at the Oceans 2013 trade show and our customers loved it. We already have commitments from several clients.  We saw a need in the marketplace for an FLS mosaicking tool and are delighted to have been able to quickly meet the client’s requirements.”