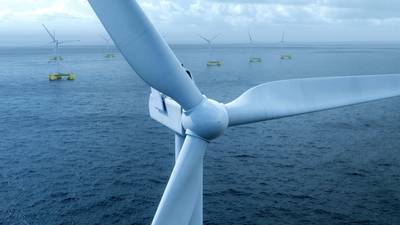 The consortium was formed as EDP Renewables and Aker Solutions have invested in the development company Korea Floating Wind Power (KFWind), joining founding shareholder WindPower Korea. Principle Power, which had a role in originating the KFWind project portfolio, will supply its WindFloat foundation technology for the project.

KFWind signed a Memorandum of Understanding with the City of Ulsan in January 2019 to cooperate on the development of floating wind projects and support the industrial development of the Ulsan region to serve as a manufacturing hub for domestic and export offshore wind markets.

The wind farm will be included with the joint venture announced between EDP Renewables and Engie, that will aim to become one of the five largest offshore wind energy operators globally, created to harness offshore wind energy opportunities around the world. The EDP Renewables/Engie JV currently has 1.5 GW of capacity under construction and a further 4 GW in the pipeline globally.

The firm has a solid commitment to the Windplus consortium, which is set to deploy the three largest offshore wind turbines on a floating platform to date at the 25 MW WindFloat Atlantic project currently under construction in Portugal.

EDP Renewables and Aker Solutions acquired a significant stake in KFWind from WindPower Korea, a project developer which remains a minority shareholder, and from Principle Power, which will exit the shareholding to focus on growing its core technology and services business in the Korean market.