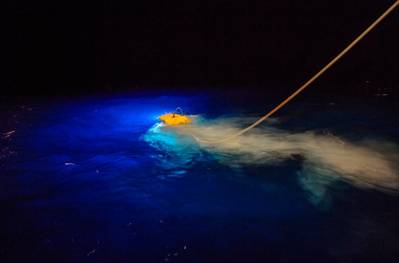 The U.S. Navy said it has retrieved a fighter jet that was lost from an aircraft carrier in the Mediterranean Sea last month.

"Inherent to Task Force 68 is our ability to adapt to any mission set - we can rapidly mobilize and deploy scalable command, control, and communications, in order to seamlessly integrate and provide forward command and control when and where needed," said CTF 68 Commodore, Capt. Geoffrey Townsend.

Working under the direction of the U.S. Navy’s SUPSALV aboard the multi-purpose construction vessel (MPV) Everest, Phoenix International Holdings, Inc. said it located and recovered a downed aircraft from a depth of approximately 9,500 feet.

The aircraft was recovered using a CURV-21 remotely operated vehicle (ROV) to attach specialized rigging and lift lines to the aircraft. A lifting hook was attached to the rigging to raise the aircraft to the surface and hoist it aboard Everest.

"The rapid response of the combined team, including SUPSALV and Phoenix International personnel, allowed us to conduct safe recovery operations within 27 days of the incident," said Lt. Cmdr. Miguel Lewis, U.S. Sixth Fleet salvage officer.  "Our task tailored team operated safely and efficiently to meet the timeline. The search and recovery took less than 24 hours, a true testament to the team's dedication and capability."

The aircraft was delivered to a nearby military installation where it will be transported to the United States, the Navy said.