SeaTrac Systems, in collaboration with the Woods Hole Group (WHG), reports that its SP-48 solar powered Uncrewed Surface Vehicle (USV) completed a 21-day over the horizon deployment of in the Gulf of Mexico. The 15-ft. USV travelled over 800 nautical miles in 3 weeks, operated 24/7, and navigated strong ocean currents (> 2 knots) as it conducted a mission to map and monitor the Loop Current using an acoustic Doppler current profiler (ADCP).

The goal of the mission was to evaluate the ability of the SP-48 to conduct survey work. "SeaTrac's system successfully made several passes into currents greater than 1.5 knots, demonstrating a key milestone for USVs to detect strong currents at the edge of the Loop Current without losing their maneuverability. The real time data quality compared favorably to data collected from traditional vessel mounted surveys for the sea state conditions encountered during the mission,” says Jill Storie,  EddyWatch and SurveyWatch Program Manager at Woods Hole Group.

The mission was run from the SeaTrac remote operations center in Marblehead, MA where the piloting team leveraged SeaTrac’s custom control software and the onboard systems for enhanced situational awareness. Four onboard cameras provided 360 degree viewing around the USV, while an AIS transceiver enabled the USV to broadcast its position and detect other vessels in the area. Real time USV health and status information were available to the operators, and alerts were set up to notify them of key considerations including the range and closest point of approach for vessels in the area, battery levels, charging rate, weather conditions, and communications status.

The data from the 300 kHz Teledyne Workhorse Monitor ADCP was packaged by the onboard payload computer and sent back over satellite to the WHG oceanographers and SeaTrac team every 10 minutes. The current data from SeaTrac’s USV was being monitored for quality control and directly compared to the WHG network of proprietary drifting buoys. The ADCP data also informed the dynamic mission planning for the USV by providing regular updates to the piloting team about the observed current profiles.

"The team is planning to get back out into the Gulf in the coming months to test and better understand the operational limitations of the system (sea state),” said SeaTrac Operations Director Hobie Boeschenstein. “Looking forward, we envision multiple boats intelligently working together to create networks of data collection platforms at a cost below that of a single ship." 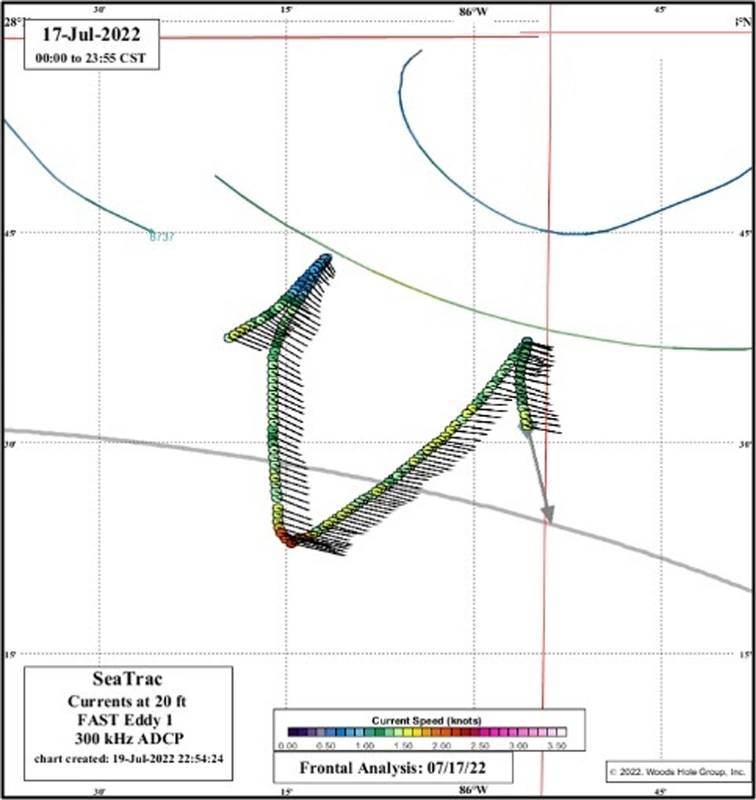 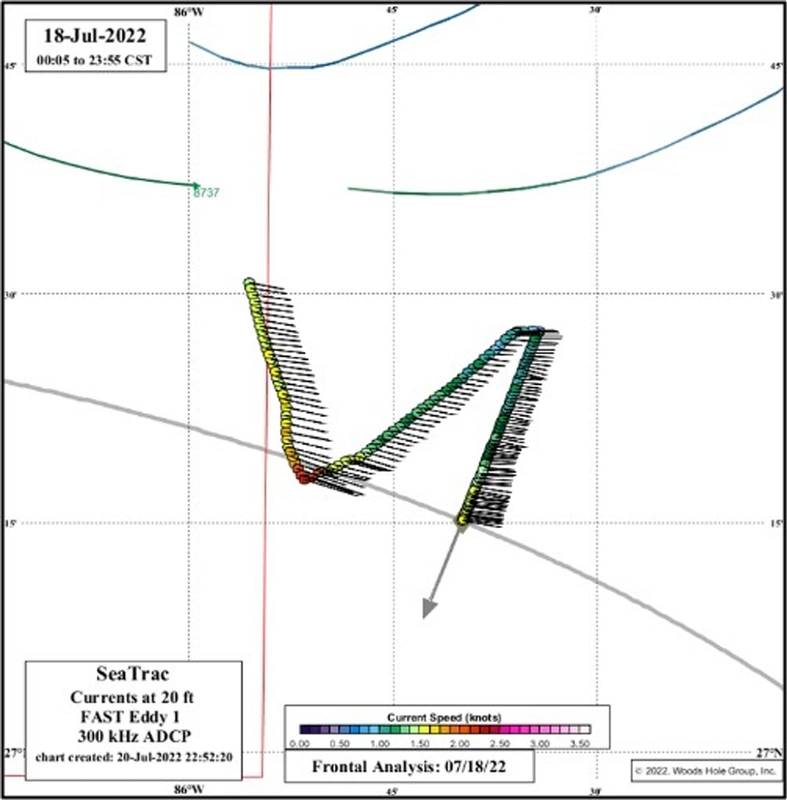 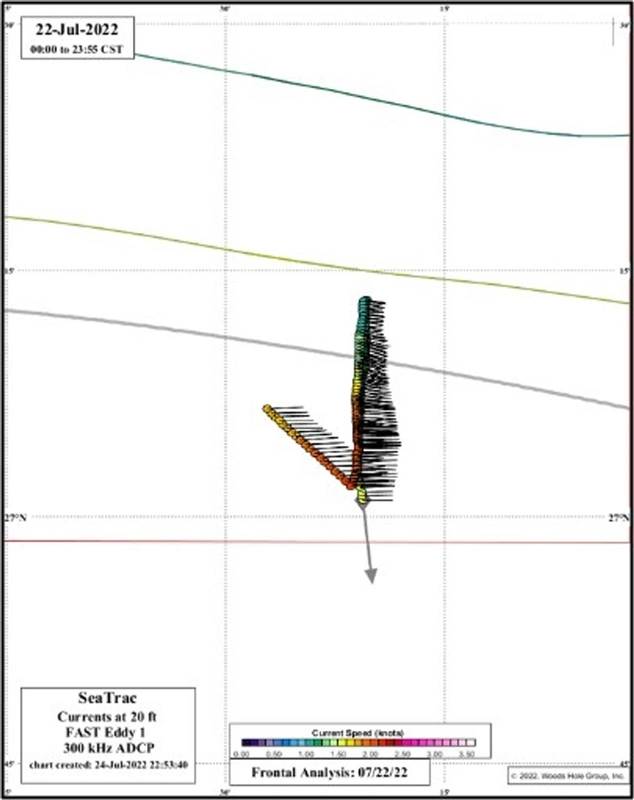