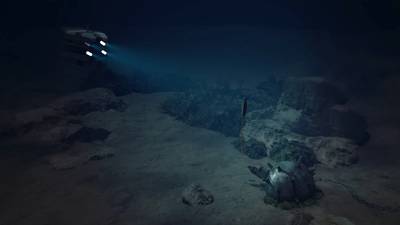 With IT 6, mine clearances operations can be performed wirelessly and remotely, making site preparation work safer and more efficient. Artist’s illustration.© Sonardyne

Marine technology company, Sonardyne said Tuesday it had launched a secure, wireless underwater initiation capability aimed at improving the safety and efficiency of unexploded ordnance (UXO) clearance during offshore energy projects with the introduction of

The company’s new Initiation Transponder 6 (IT 6) is designed to be connected directly to a remotely deployed, non-electric mine neutralization device, such as a Viper MDS from ECS Special Projects.

"This allows explosive ordnance disposal (EOD) teams to send a wireless, acoustic command from their vessel, safely initiating a shock tube detonator. Recent demonstrations were conducted over distances in excess of 1,000 m away," Sonardyne said.

IT 6 is based on Sonardyne’s Wideband 2 digital signal technology, which, the company says, offers a reliable and long-range underwater wireless communications link.

"The development of IT 6 means that technicians no longer need to wire UXO neutralizers up to signal relay buoys on the surface and are not restricted to good weather and daylight for setting up an initiation operation," Sonardyne said. 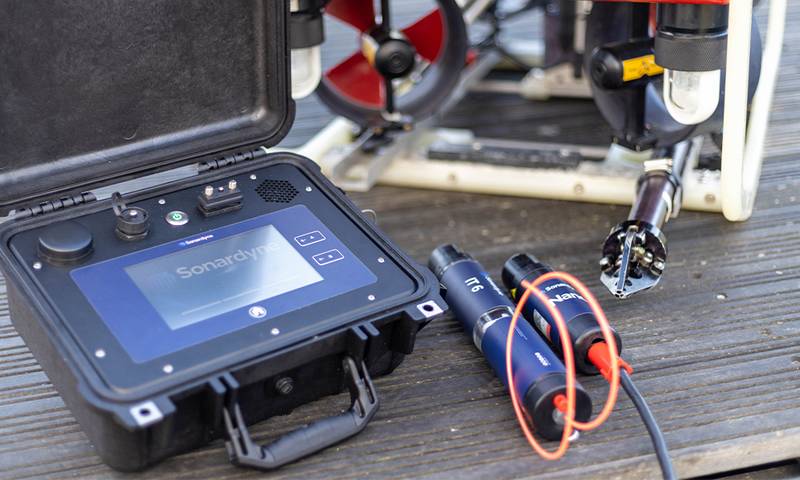 Sonardyne IT 6: IT 6 is used with Sonardyne’s new IP67-rated, touch-screen Deck Topside case and cabled dunker, which can be used without any need for an external power source. Photo from Sonardyne.

Sonardyne said Tuesday IT 6 was small, lightweight and designed to be placed by an ROV or diver for both high order detonation and low order deflagration.

"It features multiple layers of security to prevent unintended activation, including a hydrostatic switch, which only allows the unit to be armed when a pre-determined depth has been reached," Sonardyne.

The user interface was designed in cooperation with EOD technicians and enables operating parameters to be set and multiple IT 6s to be configured prior to deployment. During a live operation, two physical buttons provide an additional layer of security, requiring users to hold one button to arm, then simultaneously press the other to initiate, Sonardyne said.

The dunker, Sonardyne said, which is supplied with 10 m of cable, provides a secure two-way communications link between the surface and IT 6, and is simply lowered over the side of a vessel.

John Houlder, Product Manager at Sonardyne said; “European waters are littered with unexploded ordnance (UXO), the result of past military conflicts, training exercises, weapons development and dumping activities at sea. During the construction phases of wind farms, for example, the risk to personnel, assets and project timescales are significant.”

“When disposal rather than avoidance is deemed necessary for turbine or cable route placement, our new IT 6 and topside will help those involved with the hazardous task operate entirely wirelessly and in any weather, day or night. Underwater acoustic command and control is a core Sonardyne capability, so IT 6 can be considered as reliable and as secure as traditional methods involving shock tubes and a lot safer than electrical detonation lines.”