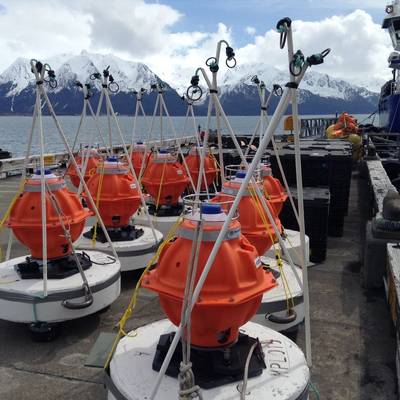 The seabed instruments which make up Sonardyne’s seabed deformation monitoring system sit wating to be deployed off the coast of Canada. Image credit: David Chadwell/ Scripps Institution of Oceanography

A system developed by Sonardyne to study ocean floor movement was recognized with a Queen’s Award for Enterprise in Innovation, the highest award a UK business can receive.

Developed over more than a decade, Sonardyne’s seabed deformation monitoring system is designed to provide engineers and scientists with new understanding of the seafloor and the physical processes that act upon it.

Using a network of autonomous, battery-powered instruments deployed on the seabed, the system measures horizontal and vertical seabed movement, at a level of precision that was previously impossible. Initially developed for the offshore industry to identify geological hazards within oil and gas reservoirs, it has since been adopted by the earth science community to study everything from undersea landslips near volcanoes to deep sea plate tectonic motion. Such motion can trigger devastating tsunamis in some of the world’s geological hot spots, including the infamous Pacific ‘Ring of Fire’.

The Queen’s Award, conferred by Her Majesty Queen Elizabeth II, on advice of the Prime Minister, recognizes and encourages commercial success by businesses in the UK.

Users of Sonardyne’s seafloor monitoring system include international energy company Shell, as well as the Scripps Institution of Oceanography. 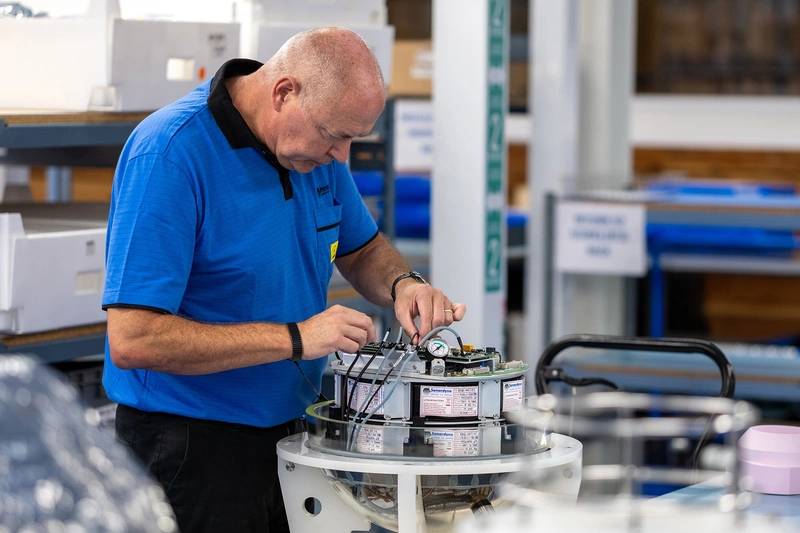