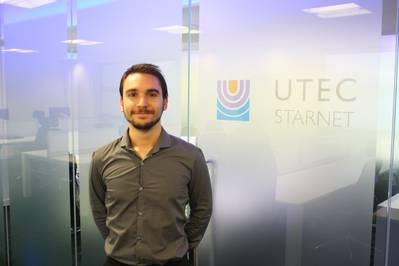 UTEC StarNet has announced that the company is currently performing laser surveys on the Shearwater platform in the North Sea.

The survey work follows on from a recently-completed project on the Shell Gannet platform and involves use of cutting edge technology to digitally capture, in high detail, a 3D data-set of the entire production asset. The survey will encompass all major structural elements, piping, all fixtures and fittings, production equipment, safety systems, communication equipment, plant rooms and drilling derrick to a very high, accurate and reliable detail.

The survey will produce a complete and measureable point cloud that, in conjunction with the revolutionary web-based portal UTEC StarNet iSite, will provide global, remote internet access to every aspect of the scanned asset in full 3D color. The system enables full walk-around for visualization and the ability to measure all aspects of asset condition for remote measurement, clash analysis, import and export of records and reporting documentation, EH&S reporting systems and aids with risk assessments and inductions. In addition, the survey will produce a full 3D point cloud dataset for construction and fabrication.

UTEC StarNet was formed following its acquisition by UTEC earlier this year. Commenting on the recent projects, UTEC StarNet Project Coordinator Stephen Ferrari said, “We are delighted that the success of our work on the Gannet platform has led to another project on behalf of Shell and we look forward to the swift completion of this work to the satisfaction of our client.”