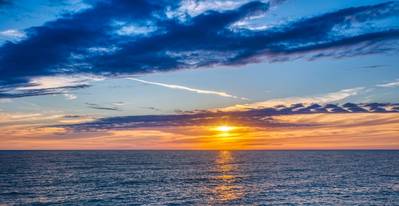 The Bureau of Ocean Energy Management (BOEM), Gulf of Mexico OCS office published two new studies examining the potential for and impacts of renewable energy projects in the U.S. Gulf of Mexico.

Offshore wind, which is of course the most mature of the technologies analyzed, showed the greatest resource potential when applied to the Gulf of Mexico, the study found.

Once offshore wind was identified as the leading technology for Gulf of Mexico application, BOEM and the National Renewable Energy Laboratory (NREL) further analyzed of the economic feasibility of offshore wind for selected sites in the Gulf of Mexico.

In the “Offshore Wind in the U.S. Gulf of Mexico: Regional Economic Modeling & Site-Specific Analyses” the site-specific economic analysis indicated that a single offshore wind project could support approximately 4,470 jobs and $445 million in gross domestic product (GDP) during construction and an ongoing 150 jobs and $14 million annually from operation and maintenance labor, materials, and services. Results are based on a 600 megawatt (MW) project at a reference site with a commercial operation date of 2030.

The results of these studies, funded by BOEM’s Environmental Studies Program, will inform Federal, State, and local strategic renewable energy planning over the next decade, BOEM said.

With the advent of autonomy on and under the water, part of the value proposition is the ability to stay at sea, on station…