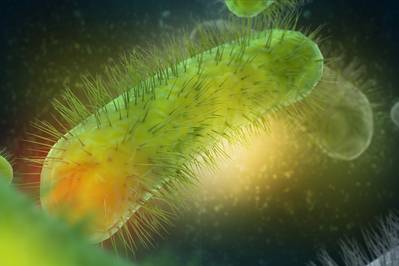 A first-of-its-kind study suggests that microscopic seawater plants, called diatoms, initially capture carbon dioxide (CO2) by biophysical, rather than biochemical, processes. Diatoms remove as much CO2 as all of the world’s forests combined and it’s vital to understand how this process will respond to rising CO2 levels. This study presents initial evidence about precisely which mechanisms diatoms use in natural oceanic conditions--and how sensitive they might be to changing ocean conditions.

Diatoms are tiny unicellular plants -- no bigger than half a millimeter -- which inhabit the surface water of the world’s oceans where sunlight penetration is plenty. Despite their modest size, they are one of the world’s most powerful resources for removing carbon dioxide (CO2) from the atmosphere. They currently remove, or “fix,” 10 – 20 billion metric tons of CO2 every year by the process of photosynthesis. But not much is known about which biological mechanisms diatoms use, and whether these processes might become less effective with rising ocean acidity, temperatures, and, in particular, CO2 concentrations. A new study in Frontiers in Plant Science shows that diatoms predominantly use one pathway to concentrate CO2 at the vicinity of carbon fixing enzyme and that this continues to operate even at higher CO2 concentrations.

“We show that marine diatoms are super smart in fixing atmospheric CO2 even at the present-day level of CO2--and the variability in surface seawater CO2 levels did not impact the gene expression and abundance of the five key enzymes used in carbon fixation,” says the group leader of the study, Dr. Haimanti Biswas from the National Institute of Oceanography-CSIR (Council of Scientific and Industrial Research), India. “This answers a key question about how marine diatoms may respond to the future increase in atmospheric CO2 levels.”

The plant kingdom has evolved a wide range of mechanisms for concentrating CO2 from the air, or water, and transforming it into organic carbon. In this way, plants convert CO2 into glucose and other carbohydrates, which they use as building blocks and energy storage. But these different mechanisms have varied strengths and weaknesses. Somewhat ironically, the only carbon-fixing enzyme, RuBisCO, is notoriously inefficient at fixing CO2 and hence plants need to keep CO2 levels high In the vicinity of this enzyme.

To better understand which mechanism diatoms use to concentrate CO2, Biswas and her collaborators, Drs Chris Bowler and Juan Jose Pierella Karluich from the Institut de Biologie de I'Ecole Normale Supérieure, Paris, France, mined a data set from the Tara Oceans research expedition. The international Tara expedition collected marine plankton samples from around the world over several years (2009 to 2013). These included more than 200 metagenomes (which show the abundance of the genes responsible for the five key enzymes) and over 220 metatranscriptomes (showing expression of the genes for the five key enzymes) from diatoms of different size classes.

Biswas and her collaborators were particularly interested in how often the genes of five key carbon-fixing enzymes are present, and whether there were any differences in their abundance and expression levels depending on location and conditions. Across all of the samples measured, one enzyme was roughly ten times more abundant than any of the other enzymes. This enzyme--- called carbonic anhydrase -- is especially informative because it also confirms that diatoms are actively pumping in dissolved CO2 inside the cell, as opposed to biochemically transforming CO2 first.

“So far, our study indicates that despite variability in CO2 levels, these tiny autotrophs are highly efficient in concentrating CO2 inside the cell,” says Biswas. “That’s the probable reason for their ability to fix nearly one-fifth of the global carbon fixation on earth.”