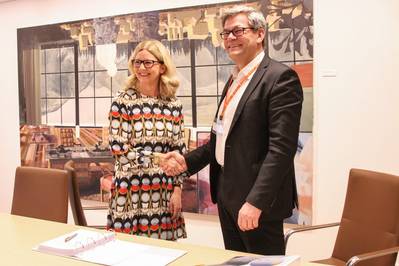 TechnipFMC announced Tuesday it has been awarded an integrated engineering, procurement, construction and installation (iEPCI) contract from Lundin Norway for the Luno II and Rolvsnes development, located in the North Sea at a water depth of 110 meters.

TechnipFMC did not reveal an exact dollar figure for the contract, but said it is worth between $250 million and $500 million.

The Lundin Norway operated Luno II and Rolvsnes are situated on the Utsira High in the North Sea, and will be tied back to the Edvard Grieg platform. TechnipFMC will deliver and install of subsea equipment including umbilicals, rigid flowlines, flexible jumpers and subsea production systems.

The contract represents a continuation for TechnipFMC, who has also performed integrated work for Lundin in the FEED phase for Luno II and Rolvsnes.

“We are honored that Lundin Norway is embracing our innovative and comprehensive solutions, engaging with us early through iFEED (integrated FEED) studies and realizing the full scope through an integrated EPCI, finding within TechnipFMC all the architects, the competencies, the equipment and services necessary to support this project.”

In 2017, Lundin and TechnipFMC entered into cooperation for maturing and development of minor fields in the North Sea. The purpose is to involve the supplier in an early phase of the field development in order to carry out the development as quickly as possible, and to simplify the process around the changes that need to be implemented during the project. The technical solutions will primarily come from the supplier, and the goal is not to stipulate any company-specific requirements from the operator’s side, Lundin said.

Luno II was proven in 2013, and is situated in license PL 359, around 15 kilometers south of the Edvard Grieg field. The field will be developed with a subsea installation, and the well stream will be sent to the Edvard Grieg platform for processing and further transport. Estimated resources are between 40 and 100 Mmboe.

The Rolvsnes discovery was made in 2009 in license PL 338C, which is located between Edvard Grieg and Luno II. Estimated resources are between 14 and 78 Mmboe. The Rolvsnes reservoir is situated in fractured and weathered bedrock. This is a reservoir type which not has been produced on the NCS before. To collect more information, a long-term production test has been planned in 2021. TechnipFMC will deliver equipment for this test.