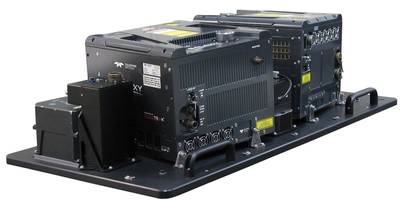 Teledyne Optech, a Teledyne Technologies [NYSE:TDY] company, and leader in lidar sensing has announced the next evolution of its Galaxy platform, the Galaxy T2000.

A compact lidar-mapping sensor, the Galaxy T2000 provides a unique feature set for maximum collection efficiency and point density, and is the next step in the evolution of modern aerial surveying. Coupled with a new G2 mounting system, the Galaxy T2000 leverages its compact size to co-mount two sensors over a single aircraft portal, making it quite simply the most flexible commercial lidar system on the market today.

The Galaxy T2000 also has a much narrower beam divergence at 0.16 mrad (1/e), producing higher energy density within the laser footprint. This has the advantage of further increasing ground detection in heavily forested environments. Furthermore, as point densities increase, the smaller beam footprint becomes a necessary requirement for superior target and model resolution.