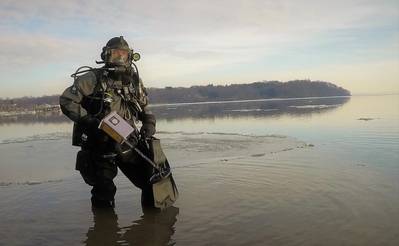 What happens when a ship's propeller dislodges from a vessel and falls to the murky bottom below? Most of the time, the operator does not have the necessary tools to find the missing equipment and must hire an outside diving company to aid in the search. These companies utilize a varying degree of equipment from sonar systems to underwater metal detectors.

In a recent search, Captain and diver Zdenek Ulman used the Pulse 8X to locate and retrieve an expensive propeller lost at the bottom of the Hudson River. An unnamed vessel lost its 30” diameter propeller, and it was completely buried in the mud with no visible features. “I had the general location described to me, but I did not know the exact spot where the propeller was lost,” Captain Ulman said.

In an effort to find the missing equipment, Ulman utilized his Pulse 8X and was pleased with the result, time savings and reduced exposure afforded by JW Fisher’s equipment. The missing propeller was detected in shoulder-deep mud. “The detector did its job and saved me lot of time in frigid cold waters,” he said. “It was easy to use and the strong audio is loud enough to hear through my thick winter hood.”

Recently, the company took on a project to locate embedded rebar in a shallow lagoon-basin at a water park. Tom Belcher, President of Underwater Resources, described the complex project. “We conducted a preliminary underwater inspection to locate and mark the embedded rebar throughout the submerged concrete bottom and side-walls. Most of our work was performed at night and during off-hours when the amusement park was closed.”

Despite the challenges, the P8X wound up being the right tool for the job. “I can say that the Pulse 8X, with which you had specified using the smaller 5” coil, worked very well for the application. We needed to accurately identify the individual embedded longitudinal and transverse rebar mat alignments. By identifying the rebar locations, we avoided hitting any rebar and were able to use pneumatic roto-percussion drills to quickly install and secure our anchors. Thanks for your help with the specification and selection of the 8X.” 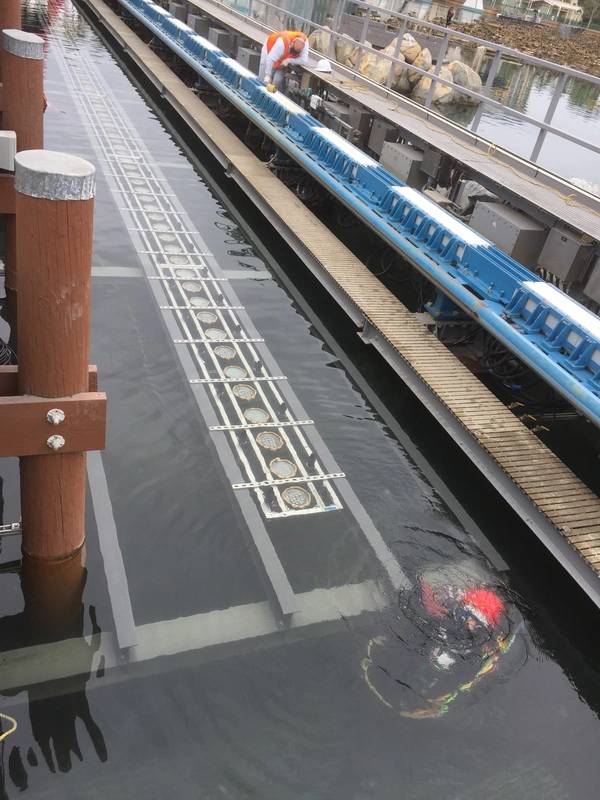