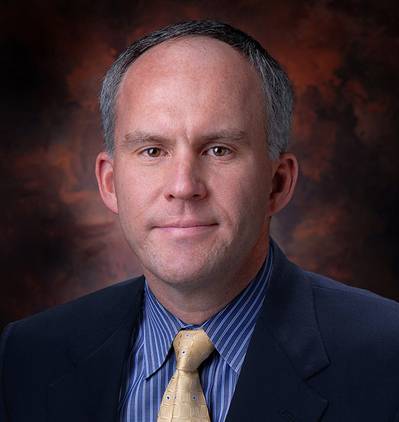 Dr. Mark Whorton has assumed the role of President of the U.S. organization Teledyne Optech, Inc., the company announced.
In this role, Dr. Whorton will oversee U.S. operations and apply his expertise to the development of the Optech Coastal Zone Mapping and Imaging Lidar (CZMIL) and our line of digital aerial cameras.
Dr. Whorton has served Teledyne Brown Engineering (TBE) as Chief Technology Officer since October 2014 and previously as Director, Commercial Earth Imaging. He is the Principal Investigator for the Multiple User System for Earth Sensing (MUSES) instrument pointing system for the International Space Station (ISS) and led the origination of Teledyne’s efforts in commercial Earth imaging. Dr. Whorton earned a Ph.D. in Aerospace Engineering from the Georgia Institute of Technology, and prior to joining Teledyne in 2009 he served as Chief of the Guidance, Navigation, and Mission Analysis Branch at the NASA Marshall Space Flight Center where he was a subject matter expert in dynamics and control of space systems. Dr. Whorton will continue his work on MUSES as CTO at TBE while he joins Teledyne Optech.
Teledyne Optech CEO Don Carswell said, “[Dr. Whorton’s] expertise in passive sensors from the MUSES project will benefit the CS line of cameras developed at our New York office and the Optech CZMIL lidar/hyperspectral bathymeter developed at our Mississippi office.”
• Georgia • Georgia Institute of Technology • imaging
Email