All seagoers know the ocean moves. Some thrive on riding the wind and waves while some hang on and look for a rail downwind with a bit of green in their face. But measuring the movement of the water, or of objects through the water, is a key aspect of many ocean technologies and applications. It is possible to use a principle of sound waves called the Doppler effect to measure motion in water. A sound wave has a higher frequency, or pitch, when it moves to you than when it moves away. You hear the Doppler effect in action when a police car siren speeds past with a characteristic increasing intensity of sound that fades when the car passes.

The Doppler effect enables a key ocean instrument known as an acoustic Doppler current profiler (ADCP). This device measures the motion of water flowing past it. When mounted in a stationary buoy, or on the seafloor, it provides a measure of the water current. Alternatively, when mounted in a moving platform such as an undersea vehicle the instrument can measure motion relative to the water, or the seafloor. This is known as a Doppler velocity log (DVL). The first patents on the most capable broadband ADCPs were issued in 1997. This capability unleashed the modern era of current measurement. In the decades since, oceanographers and ocean engineers have employed these tools in a variety of configurations and thousands have been delivered. But what have the last few years brought to the field? 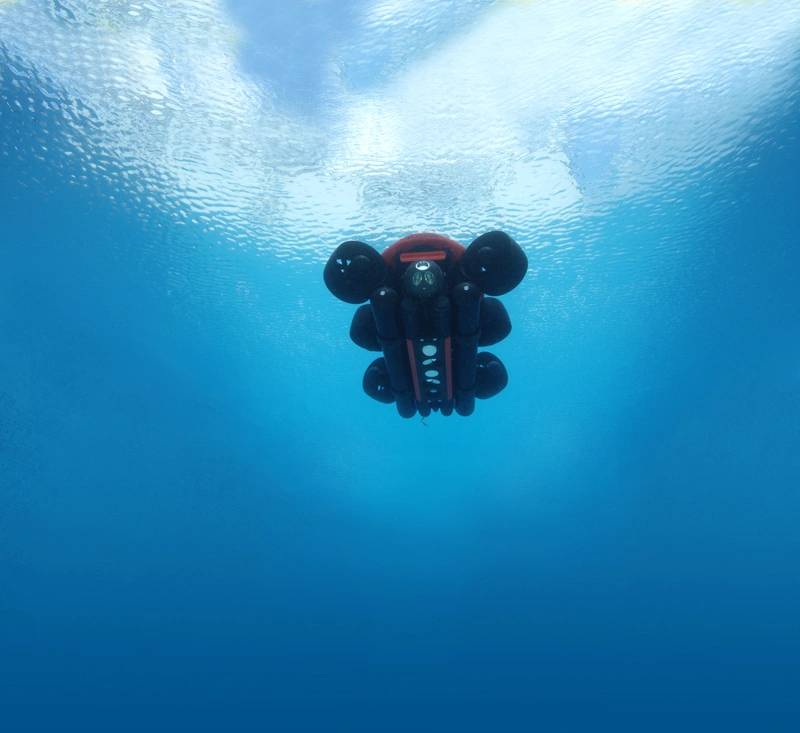 An inline DVL on the Fusion vehicle (Photo Courtesy Nortek)

As the ADCP/DVL ecosystem has matured there have been many innovations. Recently, leading manufacturers have brought creative developments to the field. Teledyne RDI, the successor to the first company to commercialize the ADCP, continues to deliver key technologies, especially DVLs, for undersea vehicles. One of the most common unmanned undersea vehicles in service is Hydroid’s REMUS. This vehicle typically employs Teledyne’s compact DVL in the original configuration of four transducers mounted in a ring. The DVLs in these vehicles augment the GPS positions, recorded at the surface, and often inertial motion measurements to assist the vehicle in tracking its position for improved “dead reckoning.”

The four transducer array is not the only configuration for a DVL, nor UUVs the only beneficiary. Another configuration is a phased array. This looks like a single transducer face but it is actually an electronically computer-controlled array of transducer elements which creates a series of acoustic “beams” pointing in different directions. Recently, Teledyne introduced the first phased Array DVL rated to 6000 meters, the pioneer 300. For a given size and performance, phased array technology provides greater bottom tracking range than traditional DVLs in this case up to 275 metres from the seabed. The Pioneer DVL was employed on board Vulcan Inc’s deep rated ROV, supported by the R/V Petrel, as it made numerous WWII shipwreck discoveries in the Pacific. This same configuration is now used in Teledyne’s latest DVL, the Tasman. Introduced in April 2019. The field-replaceable phased-array transducer design enhances position accuracy, eliminates the need for speed of sound correction and reduces the drag on an undersea vehicle. This instrument also provides ethernet connectivity, helpful in today’s ever more sophisticated undersea vehicles. 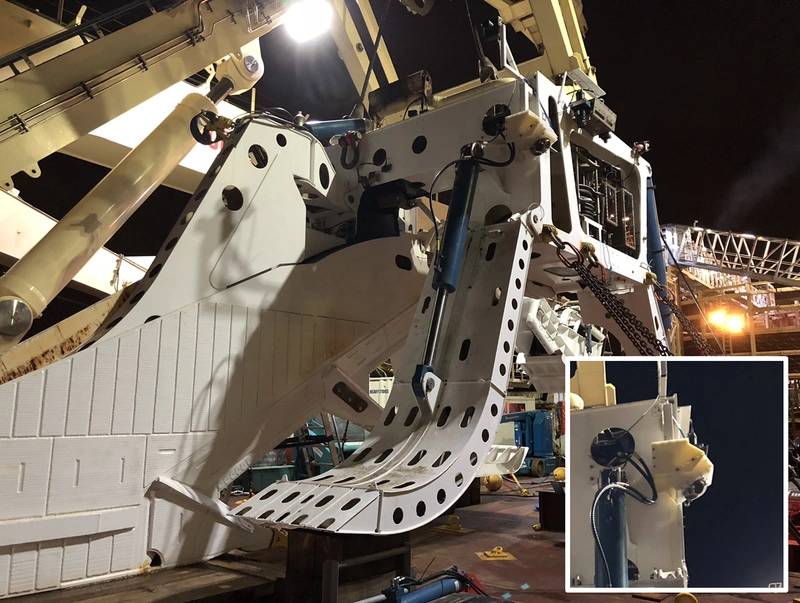 Meanwhile at Sonardyne, the Syrinx DVL has been incorporated in an innovative solution - the hybrid acoustic-inertial navigator SPRINT-Nav. Here, the DVL transducers, the inertial motion unit and the depth sensor are housed together, offering a number of advantages. For instance, the individual DVL beams are used to update the INS solution while also computing a DVL velocity vector. The result is a more accurate and robust acoustic-inertial solution where the INS can discard individual beam measurements and persist even when some DVL beams lose bottom lock. Alignment offsets between the different sensors are calculated at the factory so the system can be rapidly mobilized, and GPS alignment runs are unnecessary. The deployment is so flexible the system can be mounted even at extreme angles.

Another manufacturer innovating in the space is Nortek. While most DVLs employ a cylindrical form factor this is not always suitable for some applications. In one case a new undersea vehicle, the Fusion from SRS, demanded a different shape. Fusion is a hybrid underwater vehicle that combines AUV and ROV capabilities with diver navigation and propulsion in one system. Nortek delivered smaller transducers and electronics for this vehicle as well as a unique in-line transducer arrangement.  In addition, the instrument suite added a dedicated altimeter for more accurate altitude measurement directly below the vehicle. Evolution in DVLs is enabling further innovation in undersea vehicles that depend upon them for navigation.

While DVLs are evolving rapidly together with undersea vehicles their ADCP cousins are evolving as well. Nortek provides another example here. Seeking to improve the efficiency of operations and decrease the cost of current measurements they recently introduced the ECO platform. ECO, Nortek’s mini-ADCP for shallow water profiling was announced for sale in late 2019. It features a handheld, wirelessly charged 1MHz ADCP, programmed with a smartphone app.  Data processing and quality assurance is provided through an automatic cloud-based service. In addition to these adaptations for the instrument itself Nortek took the development one step further and designed a compact buoy and timed-release system to simplify deployment in shallow waters.

ADCPs and DVLs are arguably one of the foremost enablers of both oceanography and undersea robotics. While they are not a new technology, their evolution has been rapid in recent years. New array designs, ever increasing diversity in frequency range, and novel configurations have come on scene quickly. Innovations inspired by current consumer tech, including apps and cloud computing are exciting developments not often seen in ocean instrumentation. But the demand for measurement of water’s motion is significant and drives equally significant innovation. The next decade of movement will be exciting. 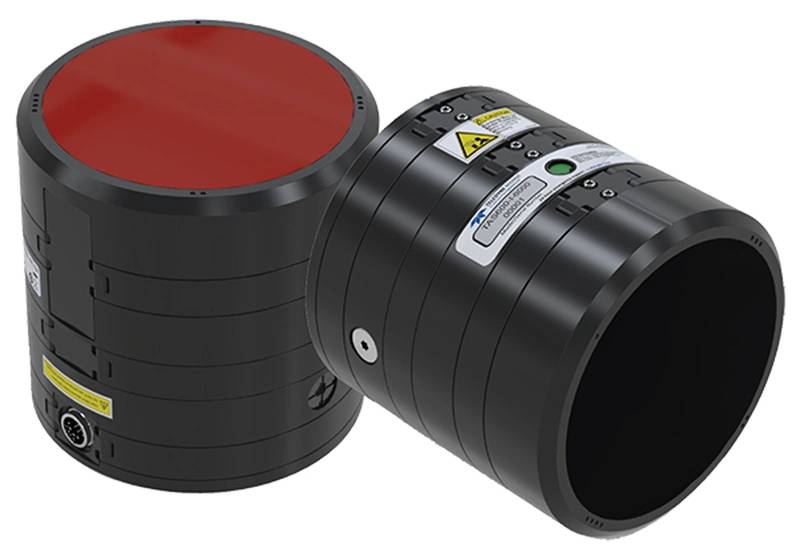