To start, can you provide a brief professional history with insights on your current responsibilities?

I started at NOC in 2000, and today I head up the marine autonomous and robotic systems group. When I started at NOC I was working with the autonomous underwater vehicle group, looking hydrodynamics and system identification of hydrodynamic derivatives of AUVs; basically, how you can model them as they move through the water. After I finished my doctorate, I joined NOC as part of the autonomous underwater vehicle group.
I worked with the Autosub team until 2013, and then I took over as head of the Marine Autonomous and Robotics Systems group (MARS) [which includes AUVs, gliders, long-range unmanned surface vessels, and ROVs].

Can you put in perspective the importance of unmanned autonomous systems to accomplishing the overall mission of the National Oceanography Center?

As an engineer, I love AUVS, marine autonomous systems and robotics. But the Oceanography Center is here to deliver science, so these vehicles are basically taxis for sensors; they are part of the toolkit that we have to undertake in situ measurements within the world's oceans. They are important and they are growing in importance, certainly as we drive to reduce the carbon impact of oceanographic science, but they're not everything.  A lot of the early work we were doing with AUVs was under-ice deployments, as it's very difficult to get your sensors under ice with a  ship. They also work incredibly well when you're in the deep ocean and you want to do high resolution multi-beam maps. There's a bit of capability to use towed instruments, but it just doesn't work as well in 6,000 meters of water. 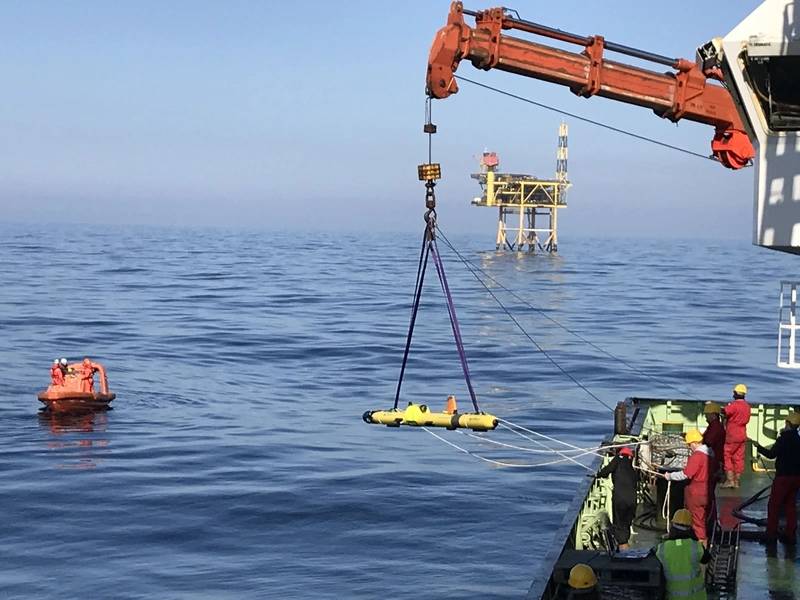 Looking over the last 25 years of AUV development at NOC, what do you count as some highlights?

I can name a few. In 2009 [with Autosub three] we went about 60km in underneath the ice shelf; that’s 60km in from the front of the ice. With Autosub 6000 we found the deepest yet discovered hydrothermal vent in the Mid-Cayman Rise, and with Autosub 6000 we've also done mapping of the Whittard Canyon. If you look at the UK and go to the southwest, there's a shelf break where it drops from 200 to 4,000 meters. Through these canyon structures we were using Autosub 6000 along with a deep ROV and James Cook, the ship, to multi-beam the side of the canyon. Traditionally with an AUV you just look down. But in this case we changed the AUV to the side, and we were navigating a really complex terrain and getting really good imagery of the sides of Whittard Canyon.

Using the metrics of your choice, give an overview of the autonomous fleet deployed by the NOC today?

We have a very large high-powered 6000-m rated AUV – Autosub 6000 – which we've just retired. We’re replacing that with Autosub Five, our fifth generation high-powered AUV. We have one of those. We have six Autosub long range vehicles; three that are 6,000-m-rated and three that are 1500-m-rated. The difference between the two is you can trade depth-rating for battery quantities. The 1500 variant is about 6,000 km, three- to four-month endurance. The 6,000-m variant is about 2000 km, or a month to six weeks’ endurance.
We also have a 6500-m-rated ROV. We have a remotely operated vehicle, which is another 6,000-m-rated system. This is a bit like an ROV, but it doesn't have any syntactic foam. It integrates onto our research vessels, which is the RS James Cook, and the RS Discovery. And we also run a fleet of approximately 40 gliders, including about 25 Teledyne Webb Slocum gliders, as well as a 4,000-m-rated deep glider. Within the Teledyne Webb gliders we have a number of G2s and G3s. Some of them run microstructure turbulence probes, some of them have extended energy bays, some of them have ADCPs and so on. We've got quite a lot of stuff. 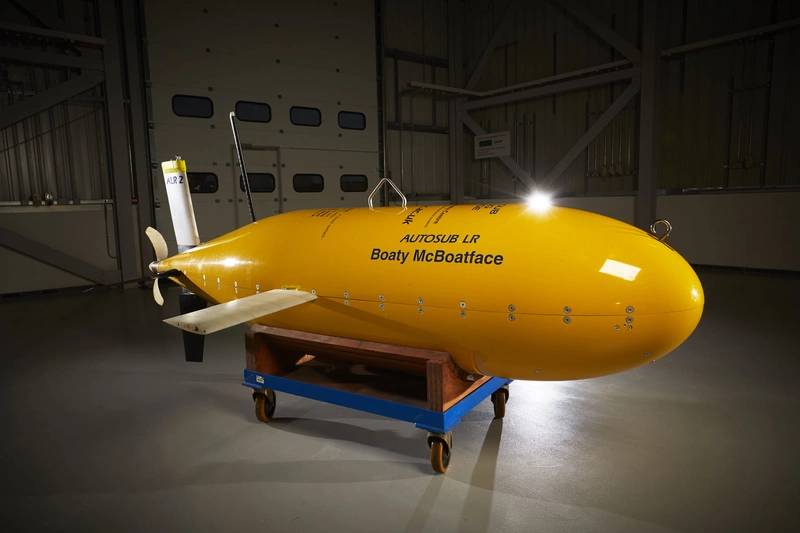 And then, of course, you have the world-famous AUV Boaty McBoatface?

So what is NOC working on now? What are the key technologies, enablers, and drivers that will help make autonomous vessels even more integral to your operations?

Weirdly, everything’s a software problem now. So we are building the control systems, which sit in the vehicle, we're using something called a robot operating system as our primary platform. The key thing for us is to build, effectively, a ‘front seat.’ We run a ‘front seat, back seat’ paradigm, and the easiest way of thinking about this is that the ‘front seat’ is the bit that we control. It's like the taxi: you have passengers in the back that tells the driver where to go, and it’s the taxi driver that makes sure it's safe, but it cedes a reasonable amount of control to the backseat. The reason we do this is it enables other people to generate algorithms, which can increase the capabilities of the vehicle.

So at a vehicle level, that's what we are building, but we're also building a shore-side infrastructure; a commander control and data ecosystem. These in situ measurements generated by these vehicles need to be fed back to NOC and then distributed effectively into what's called the Global Ocean Observing System. So people who want to understand how the global oceans are working, they want to share all their data. What we are trying to do is build those data pathways from the vehicles back to NOC, and then distribute them out into the Global Ocean Observing System.

To find out more about the technology developments and future missions @ NOC, watch the full video interview with Dr. Maaten Furlong on Marine Technology TV.