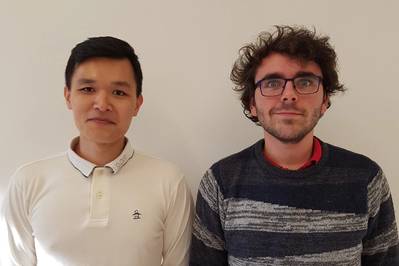 Subsea engineering analysis consultancy AgileTek said it has underlined rapid growth in 2017 with two new appointments and a promotion.

Soo-hyeong Kim has joined the company as a Graduate Engineering Analyst, alongside Andrew Olson, who has taken on the role of Business Development Engineer.
Kim previously worked at a computer aided engineering software provider, and Olson recently graduated from Imperial College London with a degree in Aerospace Engineering.
The company is also building on recent successes in the Asian market, after securing a major cable and umbilicals contract in China. In recognition of the growing subsea market in Asia, further business development in this region will be led by Manuel Pimentel, who has been promoted from Senior Engineering Analyst to Regional Development Manager (Asia).
• Imperial College • Imperial College London • software
Email