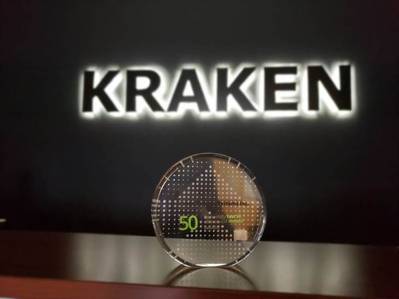 Canadian subsea robotic and sensor company Kraken Robotics has made it to Deloitte's Technology Fast 50 list in Canada.

Technology Fast 50 is a program that celebrates the achievements and evolution of the Canadian technology sector.

Kraken, which last year launched a three-year project focused on the development of new marine technologies and products to enable an underwater data acquisition and analytics as a service business, ranked 36th on Deloitte's list.

According to the company, Kraken was one of only two Atlantic Canada companies that made the Top 50 list – and the only one from Newfoundland.

The Technology Fast 50 is a ranking of Canada’s 50 fastest-growing technology, media, and telecommunications companies by revenue growth percentage over their last four years of operation, and according to the list, Kraken's revenue grew 568% for the period. See the full list here.

Organizers of Subsea Expo, dubbed the world’s largest underwater engineering event, said Tuesday that the event will not be taking place this year…