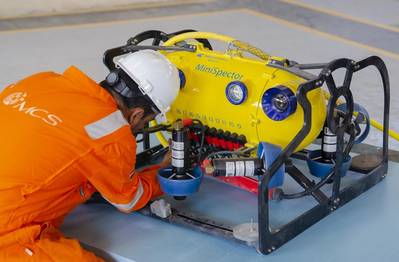 According to MSC, the new ROV called the MiniSpector, can be launched from a platform, reducing the need for additional vessels and equipment, and thus saving costs.

CEO of MCS, Wael Bakr, said: “The MiniSpector has been designed to be easily carried and deployed and contains built-in 3D Photo Realistic Cloud (PRC) technology for precise 3D measurement.  The PRC system is another key product in the MCS portfolio of technology.