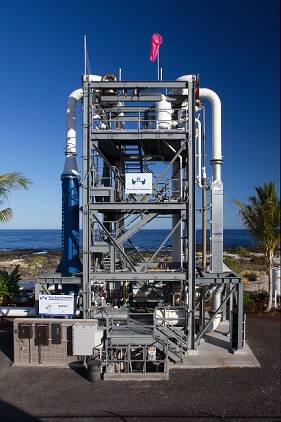 Makai Ocean Engineering, Inc. is confirmed to do a presentation on three important aspects of Ocean Thermal Energy Conversion (OTEC) technology at an upcoming conference in Honolulu, Hawaii, September 9–11. The conference, called the Asia Pacific Clean Energy Summit, has a special OTEC Symposium portion, which is being organized by the USA’s NOAA and its Korean counterpart, KIOST. The symposium will feature presentations and exhibits by Makai and other OTEC specialists from around the world.

Makai will present on these topics:

OTEC Heat Exchangers: Performance and Power Output for Historical & Modern Designs
Heat exchangers are the #1 cost driver in an OTEC plant. Thus, improving their efficiency, reducing capital cost and extending their life are critical to the economic success of OTEC. This presentation explores the success of various designs, past and present, including designs currently being tested at Makai’s OTEC Test Facility.

OTEC Turbine Selection and Test Facility Operation
Makai is in the procurement phase for a 100kW turbine to be operated at the OTEC Test Facility, which will make it the largest operational true OTEC plant in the world.

Biochemical Simulation of a 100 MW OTEC Discharge Plume
Makai is the leading developer of numerical models to simulate the environmental effects of the discharge water from an OTEC plant. Makai’s biochemical model is being used to aid the agency responsible for OTEC regulation in the United States (NOAA).

Makai will also host a special event after the conference to be held in Kona, Hawaii, on September 12. This event will include a tour of Makai’s OTEC demonstration plant (pictured), on-site presentations, and a facilitated round table discussion with international OTEC specialists.