Michael Johnson is the founder and CEO of Sea Machines, a company that is helping to fast track the age of autonomy in the maritime space. “Technology is not something new for our space,” said Johnson,  “be it from the lumbering packet ships to heavily canvassed clippers then back to the lumbering, smoking, yet consistent steamers and then on and on. Now it’s digital sensing, deep processing and the shift of manual operation to the autonomous.”

A native Texan and a marine engineer by education, Johnson has always fancied himself an innovator, but early in his career – from shipyard post to executive leadership at Crowley Maritime – he never imagined in those early years that he would take a leadership role in maritime autonomy. “Mariners aren’t usually the type of people that make long-term fixed plans,” said Johnson.

But it was one of his first experiences as a mariner that helped shaped his mission, his company, today. “On my first trip to sea as a cadet, within 10 days of stepping on board my first ship, we were engaged in a major search and rescue operation in the North Atlantic” Johnson remembers. “We were searching for a missing bulker, the Marika 7 that had recently left Nova Scotia, and we were sailing within 12 hours of each other in the same winter storm. Unfortunately, she broke in half and all crew were lost. And we were searching in the waters, in 45-ft. seas. That was when I first learned how dynamic and powerful the seas are.” 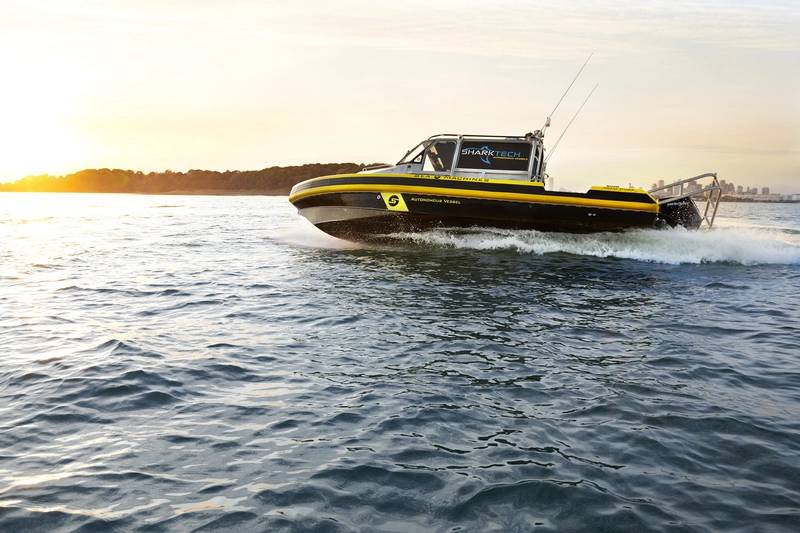 Fast track to 2012, with Johnson in a leadership position at Crowley and Titan Salvage, where he led the team that wrote the winning bid to recover the wreck of the Costa Concordia. “Over the course of those 19 years from that first voyage to the Costa Concordia, I saw that simple and wrong human decisions can have catastrophic consequences. While humans are great at many things, I see humans as not being optimal in other ways. In our world, the marine world of long duration missions, which are often routine, technology can take on more and do it better.” With that, Sea Machines was effectively born. Sea Machines in in its seventh year, with offices and facilities in four countries, a team of more than 50 personnel with more than 50 autonomy systems booked by companies in nine different countries.

Born in the commercial space, Sea Machines is also making inroads with government customers. “It turns out that the U.S. Department of Defense and their U.S. tax paying stakeholders have an appreciation for homegrown technology that has been proven in the commercial world,” said Johnson. When one starts taking the US DoD and autonomy path, one usually starts running into the realm of long-tenured, giant corprations. “A quick-moving venture capital backed company like ours needs to wisely chart our course,” said Johnson. “Part of that is through the relationships we have in the industry. And you see the partnerships that we’ve jointly announced going back to 2018 with AP Moller Maersk, and then last year major strategic alliance with Huntington Ingalls and Hamilton Jet and this year with Damen.” (Note: at press time Rolls-Royce and Sea Machines signed a partnership agreement to cooperate on smart ship and autonomous ship control solutions).

“Autonomous operations will be mainstream,” said Johnson. “I doubt there are many that question that. The challenge, especially for a startup innovation company like ours, is time.”

Taking a historical perspective, Johnson reckons that most major technological shifts at that commercial or industrial grade level take 15 to 25 years from beginning to an over 60% adoption rate. As the speed of all technological evolution accelerates, he sees autonomy coming faster than normal. “The challenge for the innovator is being steadfast and being capitalized well enough to weather that period from concept to commercial tipping point. That’s probably the reason that a lot of the legacy technology companies that serve our space are mammoths: they have the capital to weather it.” In the meantime, Johnson and the Sea Machines team will continue to experiment, trial and innovate.

“We have some great things in the pipeline,” said Johnson.  “We will also be launching and releasing our computer vision as a navigational sensor, which this will be the first of its kind. With vision technology, your vessel can detect range and classify obstacles in a way that no other sensor on the market can. It was a must for us because we leverage the conventional sensing technologies today, but it’s not enough for a system to clearly and competently perceive the full domain. So vision is that answer.”