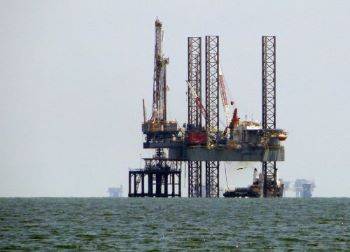 In 1972, Lloyd’s Register of Shipping publishes its premiere guide on “Rules for the Construction and Classification of Mobile Offshore Units.” One year later, the American Bureau of Shipping updates its “Rules for Building and Classing Mobile Drilling Units, which was first published in 1967. According to a staff working paper by NOAA, titled The History of Offshore Oil and Gas in the United States,  “These rules were then incorporated into the Coast Guard’s regulatory requirements for mobile offshore drilling units (the Coast Guard had jurisdiction over vessels in transit) and the OCS Order No. 2 pertaining to ‘Drilling from Fixed Platforms and Mobile Drilling Units, enforced by the U.S.G.S’.”