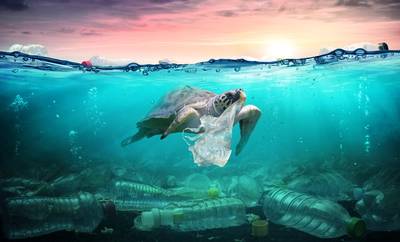 A confession. I'm part of a very big problem that's easy to ignore. Last year, I contributed the U.S. average-per-person 300 pounds of plastic garbage to wherever it went after convenient curbside pickup. So out of sight, out of mind, right?  Not really, but does it matter? Yes, it does.
In a fascinating recent report, the National Academy of Sciences, Engineering, and Medicine politely told us that we're choking ourselves to death on manufactured plastic waste and that 80% of the harmful plastic in the ocean comes from land-based sources.

It's the micro-plastics, smaller than 5 mm (the size of a sesame seed) and nano-plastics, which are smaller, that are the problem. Because we have consumed much of it in the food chain, we're eating it, and not in the way we like to think of “recycling.”

Plastics are not biodegradable. They break down into tinier and tinier pieces. So human health is especially at risk, with everybody’s food safety and quality in jeopardy. The human body cannot digest plastics.

Most micro-plastics are dyed or painted, which causes them to absorb sunlight, thus increasing global temperatures. But more urgent research is needed to know the exact radiative effects of plastics.

The deluge of plastic waste in the world’s oceans, with the attendant generation of GHGs, needs to be reduced. Higher ocean water temperatures increase the breakdown of plastics. And it's well documented that phytoplankton, which produce fifty percent of the earth's oxygen, are ingesting micro-plastics, reducing the typical amount of carbon dioxide that they consume.

The National Academy tells us they estimate that 8 million tons of plastics end up in the ocean each year, and that under the current trajectory the number could climb to 53 million by the end of the decade. That's a big number! 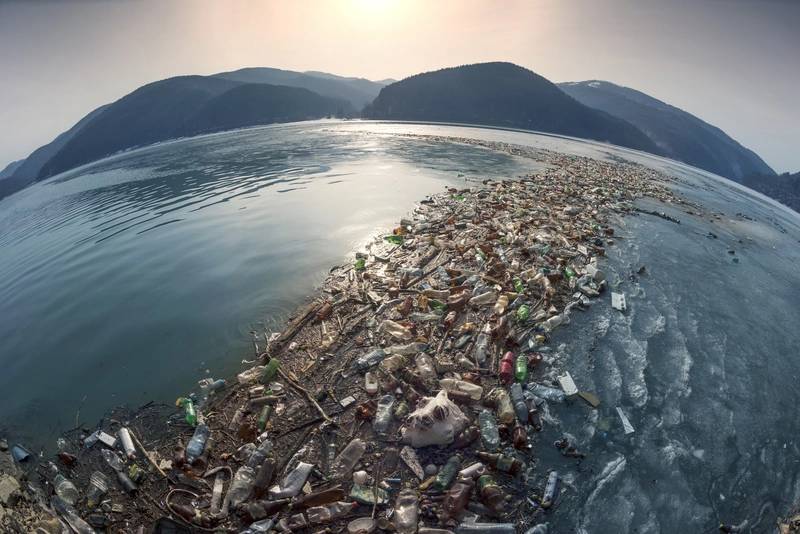 I've wondered why it's only the Great Pacific Plastic Patch that gets all of the headlines. Maybe because it seems far away? It's a gigantic floating collection of marine debris in the North Pacific Ocean that's larger than Texas, and fast beginning to resemble the size of Australia. But it's out in the open sea, so, conveniently, nobody will take responsibility for it. Oceanographers and ecologists have discovered that about 70% of marine debris actually sinks to the bottom of the ocean. So, in fact, we have no idea how large the Patch really is, or even how much plastic is in the oceans or inland waterways anywhere.All of us in the world like data, so here we go: We do have plastic production figures. 300 million tons of plastic are produced every year. Plastic is everywhere in our lives. Packaging, building and construction, household and sports equipment, vehicles, electronics and agriculture. Half of that 300 million tons is used to create single-use items such as shopping bags, cups and straws. There's no end in sight to ramping up both production consumption.

According to the National Academy report, the U.S. produced a total of 42 million tons of all categories of plastic waste in 2016, twice as much as China. Just in U.S. households, 35 million tons of plastic are thrown away yearly. Only a small fraction, maybe 10%, of that material is recycled. Most of it goes to landfills, where it can escape into our oceans. The report notes that U.S. recycling systems are “grossly insufficient.”
We can't take much comfort in the world’s plastic waste from the COVID-19 pandemic, about 25,000 tons, the equivalent to more than 2,000 buses, dumped into the ocean. All of those masks and gloves have to go somewhere, much of it on a beach or in the seabed.

The distant, alarming, and now forgotten, headlines of COP 26 included mostly hot-air pledges of career politicians to address their citizens’ production of GHGs. There were inspirational speeches, but no mention of plastics. Maybe some of us took some comfort from the false promise of the vague buzzwords of the summit: "raised consciousness."

Maybe our world leaders could be more than conscious about that 8 million tons of plastic waste that enter the world's oceans each year. The details matter. We're depositing the equivalent of a garbage truck of plastic waste into the ocean every minute. 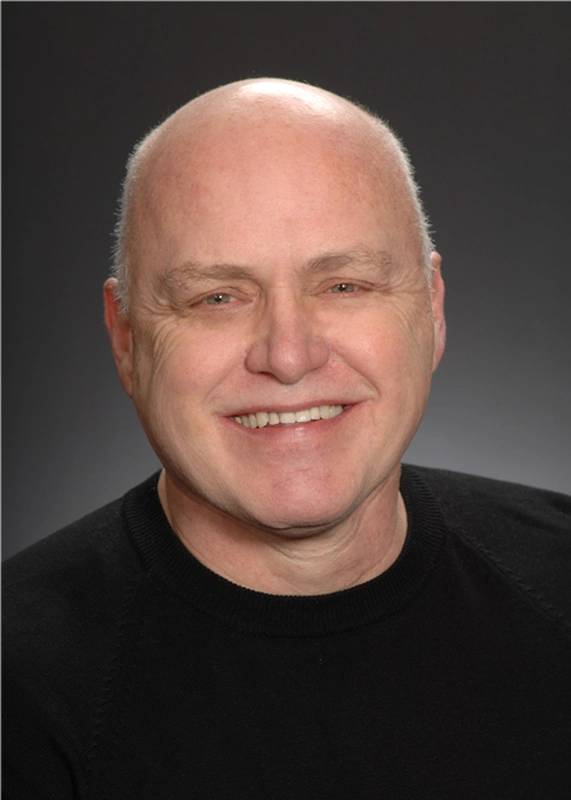 About the Author: Thomas N. Thompson (Ph.D., Johns Hopkins) recently retired as the Maritime Environmental and Energy Technical Adviser at the U.S. Maritime Administration (MARAD), an agency of the U.S. Department of Transportation. He lives in Washington, D.C.

In December OceanWise bid a fond farewell to a legend of the industry: John Pepper who took the final leap to retirement…