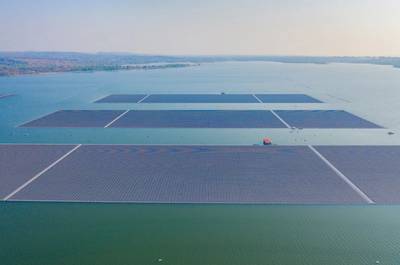 Portugal's main utility EDP will scale up its offshore floating solar farms in Southeast Asia, hoping to get a big slice of 16 gigawatt of photovoltaic power the region is expected to install over rivers and seas by 2030.

"EDP sees this new technology as a good trigger for its expansion in Southeast Asia, and is already evaluating and developing other projects there," Stilwell told Reuters on the sidelines of the U.N. Ocean Conference in Lisbon.