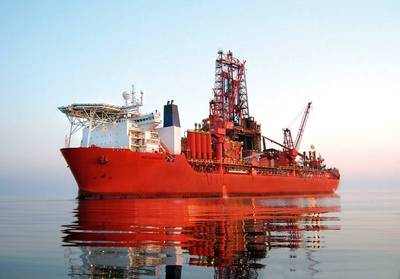 The fifth contract for the recently acquired jack-up drilling unit, Prospector 3, renamed West Titania, is being processed for approval by Pemex and finalization is expected to take place second quarter 2014.
Each contract is for a firm term of approximately 6 years and total revenue potential from the five contracts exceeds US$1.8 billion.

Additionally, Seadrill announce the establishment of SeaMex Ltd. (SeaMex), a 50/50 Joint Venture with an investment fund controlled by Fintech Advisory Inc. ("Fintech") for the purpose of owning and managing the jack-up drilling units working for Pemex as well as to develop and pursue further opportunities in Mexico and other Latin American countries. The gross proceeds for the sale of 50% of the five rigs to this partner is expected to be around US$488 million and will result in a gain recordable in the first half of 2014.

Per Wullf, Seadrill CEO commented, "This opportunity to expand our relationship with Pemex was partly developed on the back of Seadrill's successful operations with our ultra-deepwater semi-submersible West Pegasus in Mexico."

He added: "The long term nature of these contracts and the establishment of SeaMex, will create economies of scale in the region.  Seadrill sees recent developments in Mexico such as new petroleum legislation, Pemex' expansion plans and recent large deepwater discoveries as supportive to the great opportunity to expand business within the country."