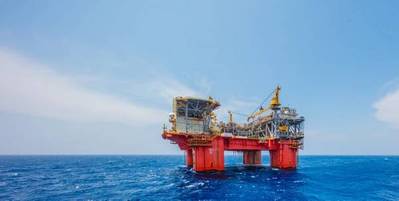 The Carina Subsea system has been installed in two wells, and installation is continuing over the rest of the field.

According to Silixa, the system is the world’s first permanent in well seismic acquisition system for subsea wells.

"It can operate independently or provide complementary data to ocean bottom node surveys. It is especially effective for reservoirs that are traditionally difficult to image using surface seismic such as pre-salt reservoirs or those beneath gas clouds," Silixa said.

"The Silixa system delivers 100x improvement in signal-to-noise ratio compared to DAS systems utilizing standard fibers. It features Constellation fiber engineered with brighter backscatter centers along its length to capture and reflect 100x more light back to the interrogator without introducing significant loss to the forward propagating laser pulses. This makes this new technology ideal for subsea tie-back applications where high optical losses from subsea connectors have previously prevented DAS deployment. A further advantage is that it does not require complex electronics to be placed on the seafloor," Silixa added.

"Until now, subsea fields had to rely on sparse data acquisition due to the risk and cost of acquisition,” Garth Naldrett, Silixa’s Chief Product officer, said. “Bringing our engineered distributed fiber optic sensing technology to subsea wells and allowing the same data acquisition we have already enabled on land and platform wells will have a tremendous impact on the industry.”