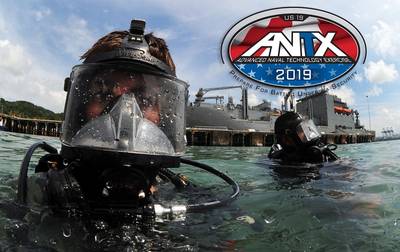 The event’s attendees will be shown the results of recent trials which tested Sonardyne’s Sentinel Intruder Detection Sonar (IDS) against elite US Navy divers and small UUVs. Specifically, the strength of Sentinel IDS’ combined active and passive intruder detection sonar for ship and harbor security, against even the smallest UUVs, will be demonstrated.

Since its introduction, Sentinel has been used in critical national infrastructure (CNI), vessel and VIP protection duties around the world. Sentinel IDS detects, tracks and classifies a wide range of threats including divers, swimmer delivery vehicles

(SDVs) and UUVs, when approaching a protected asset from any direction. It then alerts security personnel to the threat.

U.K. based ECS Special Projects has developed the Viper Mine Disposal System for the VideoRay Mission Specialist Defender…