Statoil Cleared to Use Cap-X Drilling Technology – for Now 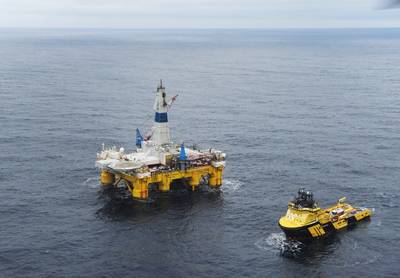 A ban on Norway's Statoil using a pioneering drilling technology in the Barents Sea was lifted after a plaintiff failed to post security in a patent dispute, a lawyer said on Thursday.

A Stavanger court earlier in June upheld an injunction on the technology's use, pending payment of a 20 million Norwegian crown ($2.35 million) security by privately owned NeoDrill.

NeoDrill was unable to post the security due to its "very limited economic position". But it was open to finding a commercial solution with Statoil, Kyrre Tangen Andersen, a lawyer representing NeoDrill, told Reuters in an email.

The decision meant there was no formal ban on Statoil using the technology. However, the company would risk being liable to NeoDrill in the main case before the Oslo District Court to be heard later this year, he added.

Statoil, which has previously denied infringing NeoDrill's patent, was not immediately available for comment.

NeoDrill has said Statoil's Cap-X drilling technology, unveiled last year, included "essential parts" of its Conductor Anchor Node (CAN) technology, to which Statoil had access as NeoDrill's minority stakeholder since 2010.

Statoil plans to drill at least five exploration wells in the Barents Sea this summer, and its Cap-X technology was meant to cut costs and increasing drilling efficiency.