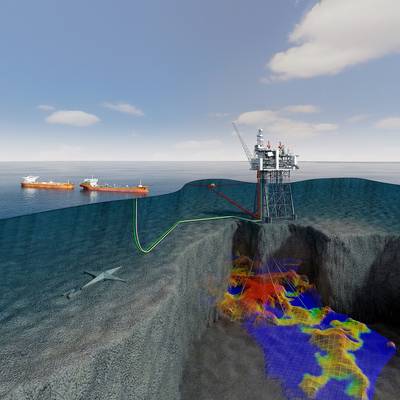 The award is the culmination of two years’ of project FEED support, assisting Statoil in developing Performance Standards and the Written Scheme of Examination (WSE) under the U.K. Offshore Safety Case Regulations for the Production Drilling Quarters (PDQ), Subsea, Umbilical’s, Risers and Flowlines (SURF) and the Floating Storage Unit (FSU).

The Mariner Field is located on the East Shetland Platform of the U.K. North Sea, approximately 150 km east of the Shetland Isles. The project is the largest new offshore development in the U.K. in more than a decade, with production expected to start in January 2017.

The field is estimated to produce for 30 years, with average production of around 55,000 barrels of oil per day over the plateau period from 2017 to 2020. The project will involve DNV GL offices world-wide and draw on integrated services of third party Verification, Classification and Consultancy; with the majority of the design review work being undertaken in London where the three main design subcontractors reside.

Hari Vamadevan, Regional Manager U.K. and Southern Africa said the project is complicated as it involves many contractors working across multiple countries. “The commercial and technical support teams in the U.K. and Korea worked hard to explain to all the project stakeholders the role of ICP and Class in U.K. waters which was critical to securing the contract. This project will continue to cement DNV GL’s position as the Verification and Classification Company for the North Sea, and open more opportunities for us in the future.”