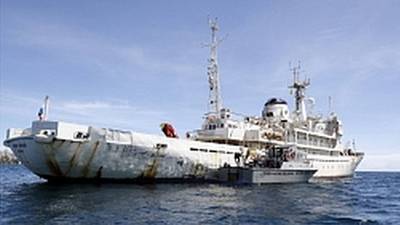 Venezuelan authorities said they will release a U.S.-operated  oil-exploration survey vessel Teknik Perdana and its 36 crew members after detaining the ship last week, multiple sources reported. The 285-foot vessel was taken into custody while conducting a seismic study in resource-rich waters that are allegedly part of a centuries-old border dispute between Venezuela and its neighboring country Guyana.

Teknik Perdana was said to be on hired for Guyana in its own territory when Venezuelan naval patrol seized the survey vessel Thursday, claiming it was trespassing on its national waters. The ship was then directed to a port on the island of Margarita, where it has been detained since.

According to nasdaq.com, Guyana expressed outrage over the incident, maintaining the ship was conducting fully legal study in Guyanese territory.

The vessel’s owner said all 36 crew has been released.

“Anadarko has rights from the Guyanese government to search for hydrocarbons in the Roraima offshore bloc,” nasdaq.com’s report said. “Peter Tatro, director of operations as TDI-Brooks International Inc., the Texas-based company hired by Anadarko to do the seafloor survey on its behalf, said that the ship had not yet left Venezuela but was expected to be released soon. However, it was not immediately clear whether the vessel would return to searching for hydrocarbons in the disputed region.”

Venezuela’s attorney general’s office charged the vessel’s captain for performing scientific survey in the nation’s exclusive economic zone, and the captain is banned from future work in Venezuelan waters and may need to report for future court proceedings.

BBC reported than the nations’ foreign ministers were due to meet on Thursday in Trinidad and Tobago to discuss the ship's seizure. The United Nations has also been called upon to help solve the dispute.