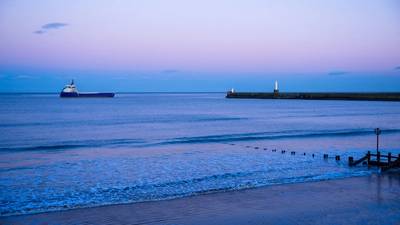 The UK government said it will back industry plans for a multimillion pound underwater engineering hub in Aberdeen.

The planned Global Underwater Engineering Hub will bring together underwater technologies from both industry and academia from up and down the country to build on UK expertise in subsea robotics, remotely-operated underwater vehicles and maritime support vessels.

The hub is also intended to help the country’s oil and gas sector diversify and support the UK’s transition away from fossil fuels toward renewables, the government said in an announcement of Friday.

Prime Minister Theresa May said, "Today I can announce that the UK government is backing plans for a new Global Underwater Hub in Aberdeen, helping established businesses thrive and creating new opportunities as the world makes the shift towards clean growth.

"Cementing Aberdeen’s place as an energy hub for offshore and renewables, the new hub would bring together areas of excellence in underwater technology under a single commercial vision. It would support industry, generate new skilled jobs and help us in the fight against climate change."

UK government Business Minister Andrew Stephenson said, "As the UK continues to transition towards a low-carbon economy, the Global Underwater Engineering Hub can help the region rise to the challenge of this transition, helping to anchor the UK’s expert engineering supply chain here in the north east of Scotland.

"It will build on the UK’s position as a world-leader in underwater technology and skills, which can be exported around the globe in growing sectors like renewables and decommissioning."

The UK, which already claims a 40% share of the global market in underwater engineering, will seek to capitalize on the industry that could be worth more than £100 billion globally by 2035, the government said.

The government is now encouraging industry to develop a business case for the hub for the Department for Business, Energy and Industrial Strategy to review.

Scottish Secretary David Mundell said, "Scotland is an exceptional place to do business and its engineering opportunities are world leading. The UK government supports Scottish industry and that is why we are backing the underwater engineering hub in Aberdeen.

"The UK government has shown time and again its commitment to the city’s oil and gas sector and now we are investing in the blue economy to ensure the region continues to prosper with jobs, investment and innovation."

Building on the existing synergy between the oil and gas industry and renewable supply chains, the new hub will form part of a continued package of support from the UK government to help the UK’s oil and gas sector diversify.

The UK’s oil and gas industry supports around 280,000 jobs, meets almost half of the country’s energy needs and has contributed £334 billion in taxes toward its vital public services.

In March, the UK government also launched the offshore wind sector deal, an agreement with industry which aims to deliver a third of the UK’s electricity through offshore wind and seize on export opportunities that could be worth up to £2.6 billion by 2030.