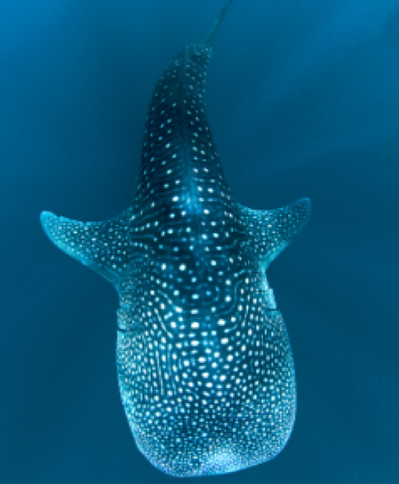 Saudi Aramco’s Media Productions Division teamed up with British documentary makers Icon Films to produce 'Desert Seas', and as a result millions of viewers around the globe are able, for the first time, to see up close one of the richest and most enchanting marine environments anywhere on the planet.

As it weaves its way through the reefs in the underwater world of the Red Sea, the 2-meter long annulated sea snake possessing seven times the killing power of a rattlesnake is not a creature you would want to meet in a hurry. He’s looking for his next meal.

Not many people have seen or heard of this venomous creature, say Saudi Armco's team, and that’s because the exotic marine life that dwells under the east and west coasts of Saudi Arabia have remained largely hidden from prying eyes for years. For centuries, only a select few have had the opportunity to observe the subsurface existence that flourishes under the Red Sea and the Arabian Gulf — but not anymore.

Icon Films crews were given unrestricted access to the Arabian Gulf and Red Sea thanks to Saudi Aramco. By working in close coordination with the relevant government authorities, Saudi Aramco was able to secure filming access for Icon and its expert camera team.

'Desert Seas' is a 60 minute production narrated by Sir David Attenborough that has captivated viewers as it reveals a hidden side to the Kingdom and Saudi Arabia’s unique marine environment is getting the global audience it deserves.

To view the movie visit: https://www.youtube.com/watch?v=z7667jwwX00&feature=c4-overview&list=UUsMpjOUqn7pExBdJpaHCeMg

KKR Leads $68 million Series B Funding Round for Advanced Navigation

Advanced Navigation, a developer of AI robotics and navigation technology, and KKR, a global investment firm, announced the…