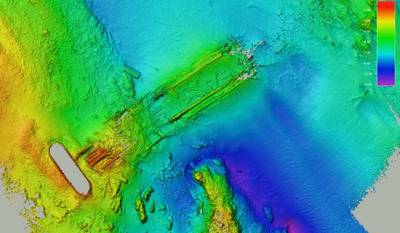 For Illustration only; Image of a previous survey by NORBIT - Credit: NORBIT

Oslo-listed marine sensor provider NORBIT, has said it has won a "major order" from a governmental customer in North America.

"The value of the order is approximately NOK 11 million [USD 1,1 million ] and the order is expected to be delivered from the Oceans segment during the third quarter this year," NORBIT said.

The company did not say who the client was.

This is the second contract award announced by NORBIT this week.

NORBIT on Tuesday said it had won a contract with an existing customer within the aquaculture market.