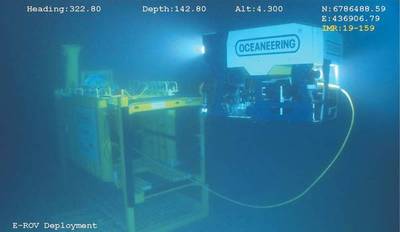 Under the three-year contract, Oceaneering's Asset Integrity division will provide inspection services onshore Cabinda, Angola, and offshore Angola on Blocks 0 and 14. The contract is scheduled to begin in Q2 2020.

Oceaneering said that the contract award followed a recent contract win for inspection services for a major Middle East operator based in Dubai.

Kishore Sundararajan, Senior Vice President, Asset Integrity Group, stated: “We are pleased to have secured this contract with CABGOC, one of our largest customers. This project award reinforces Oceaneering's position as a leading provider of inspection services around the globe.”

Oceaneering did not share the financial details of the contract with Chevron.