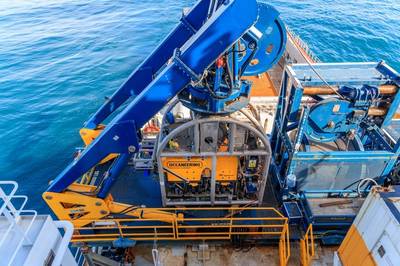 Before joining Oceaneering, Laura was with Baker Hughes where his most recent position was Vice-President and Managing Director for Baker Hughes do Brasil.

In the newly configured CIO role, Laura will be assuming certain responsibilities currently held by Eric A. Silva, Senior Vice President and Chief Transformation Officer, who has announced his intention to retire.

Laura’s new responsibilities will include the leadership of Information Technology, Global Engineering, New Product Development, Supply Chain Management, Quality and Operational Excellence. Mr. Silva, who joined Oceaneering in 2014, has agreed to continue to serve Oceaneering in a supporting role as Senior Vice President, Strategic Planning during a transition period.

Roderick A. Larson, President and Chief Executive Officer of Oceaneering, said:"Since joining Oceaneering, Ben has excelled in every position he has held and has progressively assumed more challenging and significantly higher responsibilities. He played a key role in our business realignment over the past few years and in creating innovative solutions to deliver increasing value to our customers.

"I am excited to welcome Ben to our executive leadership team and look forward to leveraging his insightful leadership and capabilities across all of Oceaneering’s businesses. I would also like to thank Eric for his executive leadership and significant contributions to the company over the last eight years and agreeing to remain with us in a supporting role for a transition period.”