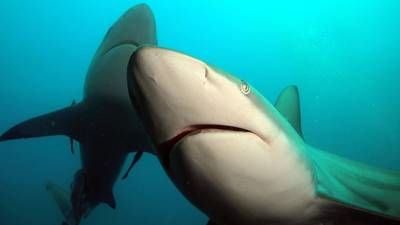 With funding by the nonprofit organization OCEARCH, a new project to detect illegal trade in sharks and other marine and freshwater wildlife provides a vital tool in the global effort to reverse the decline of vulnerable and endangered species on our planet. Led by Dr. Diego Cardeñosa of Florida International University and Dr. Demian Chapman of Mote Marine Laboratory, the development and deployment of their “DNA Toolkit” in Latin America, Europe, and Southeast Asia is a much-needed breakthrough to combat illegal trafficking in shark, eel, turtle, tuna, and other wildlife products.

“With the help of OCEARCH and other partners we are working to implement in-port DNA tests to combat illegal wildlife trade, which is one of the most detrimental activities against biodiversity worldwide,” said Dr. Cardeñosa. “The tool is showing that, if it has DNA, we can use it for a number of wildlife trade issues. Our work with authorities in Hong Kong, Peru, and Colombia has been incredibly successful to combat illegal trade in sharks, eels, and turtles. Now we are looking to expand the use of this tool to other key countries and make in-port DNA-testing an everyday practice.”

The DNA Toolkit uses toaster-sized, portable units to conduct DNA testing of wildlife products, with results obtained within a few hours at a fraction of the previous cost of such work—less than a dollar per sample. In each country where this is deployed, inspection officers are trained to use the tool to identify species and incorporate DNA test results into their evidentiary record and prosecutions against wildlife smuggling and illegal trade.

The toolkit has been successfully used in Hong Kong and Peru, where it can often be difficult to identify species of wildlife products by visual inspection alone. With their new funding the researchers will deploy the units in Colombia, Spain, Guatemala, Belize, and Indonesia, countries that face challenges in illegal trade of shark products and other marine and freshwater wildlife.

With an additional grant, two DNA toolkit units will be deployed in Spain’s two largest fishing ports, to fight illegal shark trade and provide for enforcement of the bluefin tuna quota there. Fishers and dealers will not be able to call illegal products by another name. “DNA does not lie,” said Dr. Cardeñosa. “With our DNA Toolkit we will be able to quickly and cheaply determine the exact species of every wildlife product we test.”

As a data-centric organization committed to using the most innovative approaches for marine conservation, OCEARCH salutes the work done by Cardeñosa and Chapman. “We are extremely pleased to help support this important effort to clamp down on illegal trade in sharks, tunas, turtles and other vulnerable species,” said Dr. Bob Hueter, OCEARCH Chief Scientist. “OCEARCH’s mission is to provide the data and means to restore our oceans back towards abundance and sustainability. We’re running out of time to save many of these species, and this faster, cheaper technology provides a critical tool in the race to accomplish that goal.”

The OCEARCH-funded component of this project has a one-year timeline. Results at the end of the year are expected from the deployments in Spain, providing a blueprint for broader implementation of this tool in wildlife trade centers around the world.