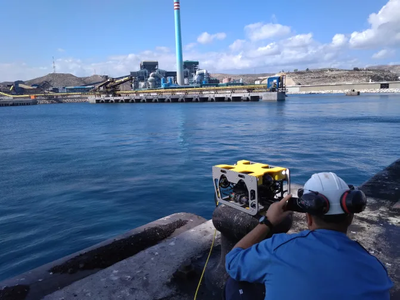 Nido Robotics' CEO and co-founder Roy Torgersen was engaged on a dive in 2012 in Papua New Guinea to locate the wreckage of a downed USS Dakota plane. The thought occurred to him that deep-sea missions of that nature, often conducted in extreme conditions, would be made substantially easier and safer with the use of suitably adaptable, affordable and portable mini ROVs.

The fact that Torgersen, a Master Mariner, couldn’t find anything on the market capable of meeting the standards he envisaged led him to co-found Nido Robotics in 2016 with business partner Enrique González. Basing their business in Murcia, Spain and assembling a crack team of technicians and scientific advisors around them, they resolved to develop and manufacture small but robust remotely-operated underwater drones which would provide users with access to the most advanced and environmentally-sound undersea robotics technologies, but which would nevertheless be so competitively priced as to maximize their potential for all manner of applications.

The Nido Robotics team’s collective effort has accordingly resulted in the production of two game-changing mini-ROVs. The flagship 16kg Sibiu Pro is capable of operating in depths of 300m, can travel at a maximum speed of 3 knots and features an integrated 1080p camera, calibrated specifically for underwater usage and accompanied with four regulation-controlled 1,500 lumens lights; a combination that guarantees crisp, high-resolution live images. Its modular system construction is designed to enable a variety of different payloads to be carried, opening up a broad range of underwater research, inspection and maintenance possibilities.

The Sibiu Pro is complemented with a smaller version, the 5kg Sibiu Nano, designed for deployment in challengingly tight undersea environments inaccessible by larger ROVs. With a depth rating of 100m and a compact, practical transport suitcase, the Sibiu Nano echoes the deft lateral maneuverability, user-friendliness and high-spec features of its larger sister. Like the Sibiu Pro, it is also equipped with an integrated 1080p camera and offers full mission autonomy as its powerful interchangeable batteries will hold their charge for up to two hours at a time. Both ROVs are simple to operate, can be easily launched by hand (‘by anyone, anywhere and at any time’) and pre-assembled and tested Ready To Dive systems. The Sibiu Nano is also offered in a convenient build-it-yourself Maker format for those on a tighter budget, and as an educational tool.

The potential of both ROVs, upholding the business mantra of increasing productivity while saving time and reducing expenditure, is enormous. In an aquaculture context, the underwater drones can, for example, be put to work to monitor fish stocks, clean and conduct routine lateral inspections of nets and cages, and oversee mort lift processes. The drones’ capacity to assist divers in safely preparing and carrying out detailed, environmentally-conscious subsea inspection and maintenance operations is also of significant value in ports and marinas as well as the energy provision sector, with offshore oil & gas, wind, solar, nuclear and hydro platforms and installations which all feature submerged infrastructure.

The small size of Nido Robotics’ drones has also proved advantageous in inspecting the interiors of tanks in water treatment stations, checking for leaks while assessing coating conditions, sediment levels and the overall condition of such assets. Crucially, the drones can also play an invaluable role in increasing safety and efficiency in search & rescue missions. Once a drone has located the victim, divers can follow the drone’s umbilical cable to recover the victim, benefiting from the bright illumination of the drone’s lights. 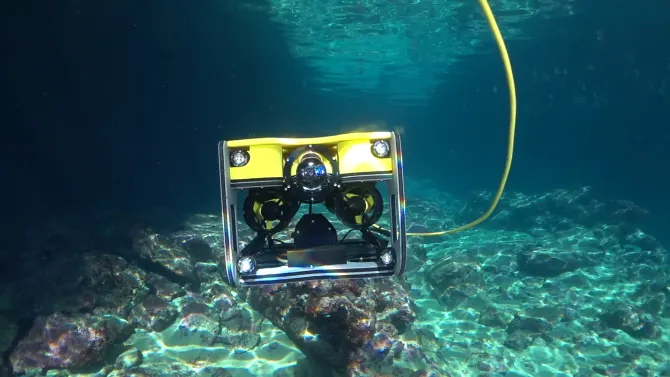