US Senators from 12 States Seek Offshore Drilling Exemptions like Florida's 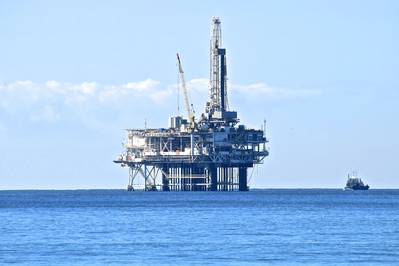 Twenty-two Democratic U.S. senators from 12 states on Thursday joined the chorus of local representatives seeking exemptions from Interior Secretary Ryan Zinke's newly proposed offshore drilling plan, after his surprise move on Tuesday to shield Florida.
Zinke surprised lawmakers, governors, and industry groups on Tuesday night by announcing that Florida would be removed from the Interior Department's proposal to open up over 90 percent of federal waters to oil and gas leasing.
Zinke had met in Tallahasee with Republican Governor Rick Scott who told the Interior chief that drilling puts his state's coastal tourism economy at risk. Scott is widely expected to challenge Democratic Senator Bill Nelson.
The White House dismissed suggestions that Florida's exemption was a political favor to Scott. "I am not aware of any political favor that that would have been part of," spokeswoman Sarah Huckabee Sanders told reporters.
"Just like Florida, our states are unique with vibrant coastal economies," wrote the 22 senators, who include Jack Reed of Rhode Island, Cory Booker of New Jersey, and Kamala Harris of California. "Providing all of our states with the same exemption from dangerous offshore oil and gas drilling would ensure that vital industries from tourism to recreation to fishing are not needlessly placed in harm’s way," they wrote.
Interior Department spokeswoman Heather Swift said Zinke intends to meet with every coastal governor affected by the agency's proposed offshore drilling plan, a process that could take a year.
Democrats are not alone in pressuring Zinke to exempt their states from drilling. South Carolina's Republican Governor Henry McMaster asked Zinke for an exemption, citing the value of his state's coastal tourist economy.
Maine Governor Paul LePage and Alaska Governor Bill Walker are the only coastal state governors who support the expansion of offshore drilling, with many of the rest seeking exemptions in the wake of the Florida decision.
Zinke's abrupt announcement on Florida also took industry groups by surprise.
National Ocean Industries Association (NOIA) President Randall Luthi called the move "disappointing and premature" while American Petroleum Institute President Jack Gerard said it puts thousands of jobs at stake.
Industry groups and companies told Reuters last week that the eastern Gulf of Mexico and parts of the southern Atlantic were most attractive to drillers despite 90 percent of federal waters being on offer.
The Interior Department has declined to answer repeated requests for detail on which parts of those areas might be off limits due to Florida's exemption - saying only "all of Florida."