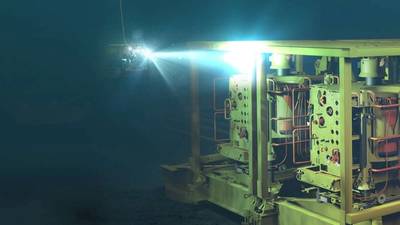 Norway's Aker Solutions has received a letter of intent from Equinor to deliver the subsea production system for the Askeladd Vest natural gas development in the Barents Sea in northern Norway.

The development of Askeladd Vest is phase two of the multi-phased Snøhvit gas development in the Barents Sea.

"We are pleased to extend the series of deliveries to Equinor under the NCS 2017+ framework agreement," said Luis Araujo, chief executive officer of Aker Solutions.

He said: "The Askeladd Vest subsea production system is based on our standard technology and products currently being delivered to several ongoing projects, including Johan Castberg, Troll phase three, Askeladd phase one, and the recently awarded Breidablikk project".

The scope of the expansion of the Askeladd field includes one template with a manifold and two subsea trees with associated control systems.

Aker Solutions estimates the value of the potential contract to be about NOK 400 million (approximately $41,3 million)

The contract will include deliveries from the company’s sites in Tranby, Egersund and Ågotnes in Norway as well as Brazil, Malaysia and the UK. Contract award is subject to Equinor and partners' approval and final investment decision later this year.

Worth noting, TechnipFMC has earlier this week secured potential contracts worth up to NOK 1.8 billion ($187,1 million) with Equinor for pipelaying and subsea installation, one of which is for the Askeladd project.