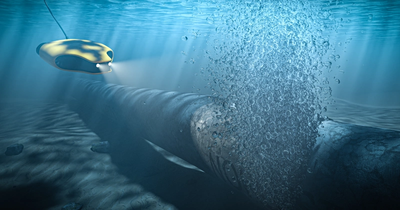 Russian Deputy Prime Minister Alexander Novak said on Thursday that a survey of the ruptured undersea Nord Stream 1 and 2 gas pipelines was still under way and no conclusions had been reached, RIA news agency reported.

Both pairs of lines were together able to pump 110 billion cubic meters (bcm) of gas a year under the Baltic Sea from Russia to Germany - more than enough to handle all Russia's pipeline gas exports outside the former Soviet Union in 2022.

Moscow has blamed the West for the as-yet unexplained explosions that caused the ruptures without providing evidence, while NATO Secretary-General Jens Stoltenberg has called the incident an act of sabotage.

Sweden and Denmark, in whose waters the blasts occurred, have both concluded that the pipelines were blown up deliberately, but have not said who might be responsible.

Nord Stream AG, the operator of Nord Stream 1 and controlled by Russia's Gazprom, was granted permission to survey an area in Danish waters in November. It also sent a chartered ship to Swedish waters to inspect damage there.

Asked when the results might be ready, Novak said: "The work is ongoing."

Nord Stream 1 was idle at the time of the explosions because of technical issues complicated by Western sanctions against Russia.

Nord Stream 2 was completed in September 2021, but was never put into operation; Berlin shelved certification days before Moscow sent its troops into Ukraine in February.

Novak also said it was premature to consider possible gas supplies via the single undamaged line of Nord Stream 2.

Tekmar Group will supply Cable Protection Systems (CPS) for the Dogger Bank C offshore wind farm in the UK, under a contract…