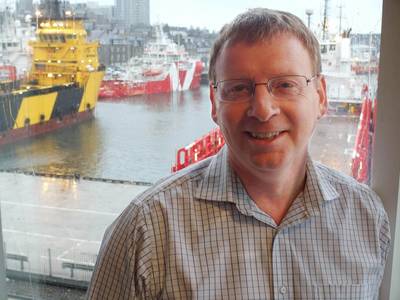 The competition, which is now in its 13th year of running, challenges teams of pupils and students from across the globe to design and build fully operating ROVs (Remotely Operated Vehicles) which will see the teams transform themselves into a business, thinking for themselves as entrepreneurs that manufacture, market, and sell their products.

Three ROV professionals from leading integrated subsea services company, DOF Subsea, have volunteered their time to offer their expertise to the competition. Two have taken on the role as mentors for participating schools; Menzieshill High School, Dundee and Peterhead Academy and DOF Subsea, ROV Support Engineer, Kenny Stewart will sit on the judging panel of 19 experts.

Stewart said: “DOF Subsea has supported the ROV MATE competition for three years now, and it’s competitions like this that play a huge part in educating and guiding the future subsea industry talents for this evolving industry. It is fantastic to see the enthusiasm from the teams and great to so see so much support from the companies involved. I have really enjoyed my time being involved in the competition and it is great for our own personnel to be involved in such a rewarding program.”

The firm has also donated two camera systems to the competition which will be used as part of the infrastructure of the ROVs that are being built by the teams.

The competition which this year will see 11 teams compete at the finals held at Robert Gordon University, Garthdee campus on Thursday 2 April, all in the hope of going through to the finals at St John’s  Newfoundland, Canada in June.