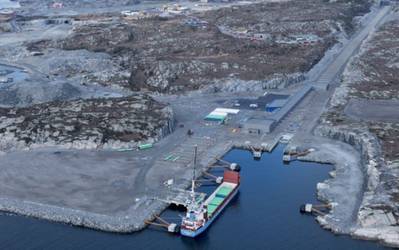 PSW Spoolbase, the image has been cropped. Source: PSW Group

In a statement on Wednesday, PSW Group said the agreement to take over the spoolbase covered all activities related to the production and spooling of pipelines for offshore use. The spoolbase will be named "PSW Spoolbase".

The spoolbase capable of handling a wide range of subsea and offshore piping projects in Northern Europe has a 3700m2 fabrication facility including an integrated indoor tie-in area. It was constructed in 2014 to optimize logistics and pipe handling.

Oddbjørn Haukøy CEO of PSW Group believes the operating agreement will place the company on the map as a supplier in the SURF-market: “We’re seeing a shift from major developments to satellite and tie-back projects on the Norwegian and British Continental Shelf. There is a market analysis which shows expectations of strong growth in the future, with an estimated value of five billion dollars on the Norwegian and British continental shelves.

"With our new facilities, we’ll be a highly competitive supplier. We have started the hiring process and expect a contract within this year."

With this agreement, PSW Group will operate an area of over 120,000m2 in Gulen. The area will include a rig quay, sail-in dock, and spoolbase, and is set up with infrastructure and logistics to handle a wide range of activities, the company said.

Haukøy said: “With the spoolbase we are now doubling our area of operation and are aiming for the international market. We are already in dialogue with global companies who are investigating the possibility of using PSW Spoolbase versus new establishments in other regions”.

Apart from the offshore oil and gas industry, PSW Group also plans to further develop the facilities to handle spooling and logistics for offshore power cables that are necessary for offshore wind projects, as the company is currently working on several prospects together with companies outside of Norway.